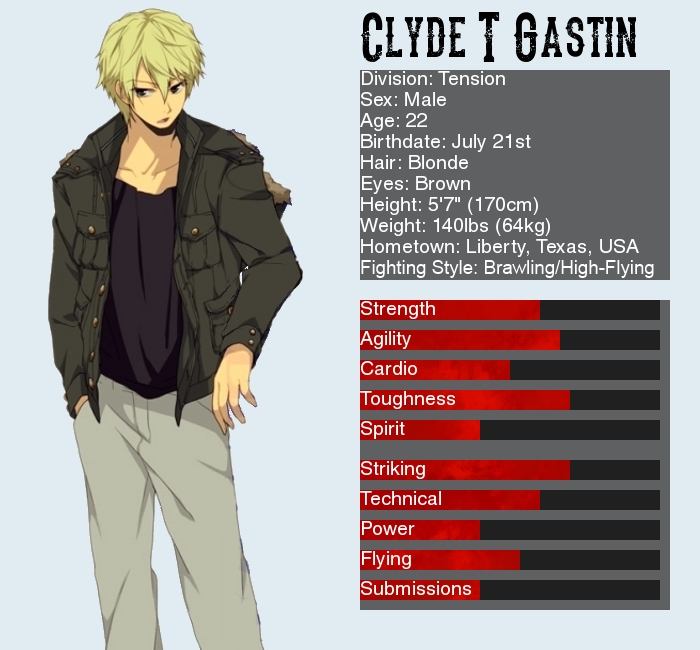 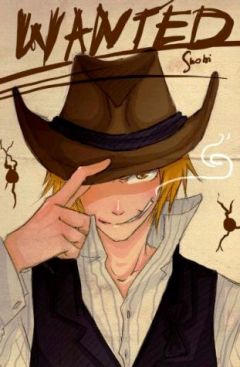 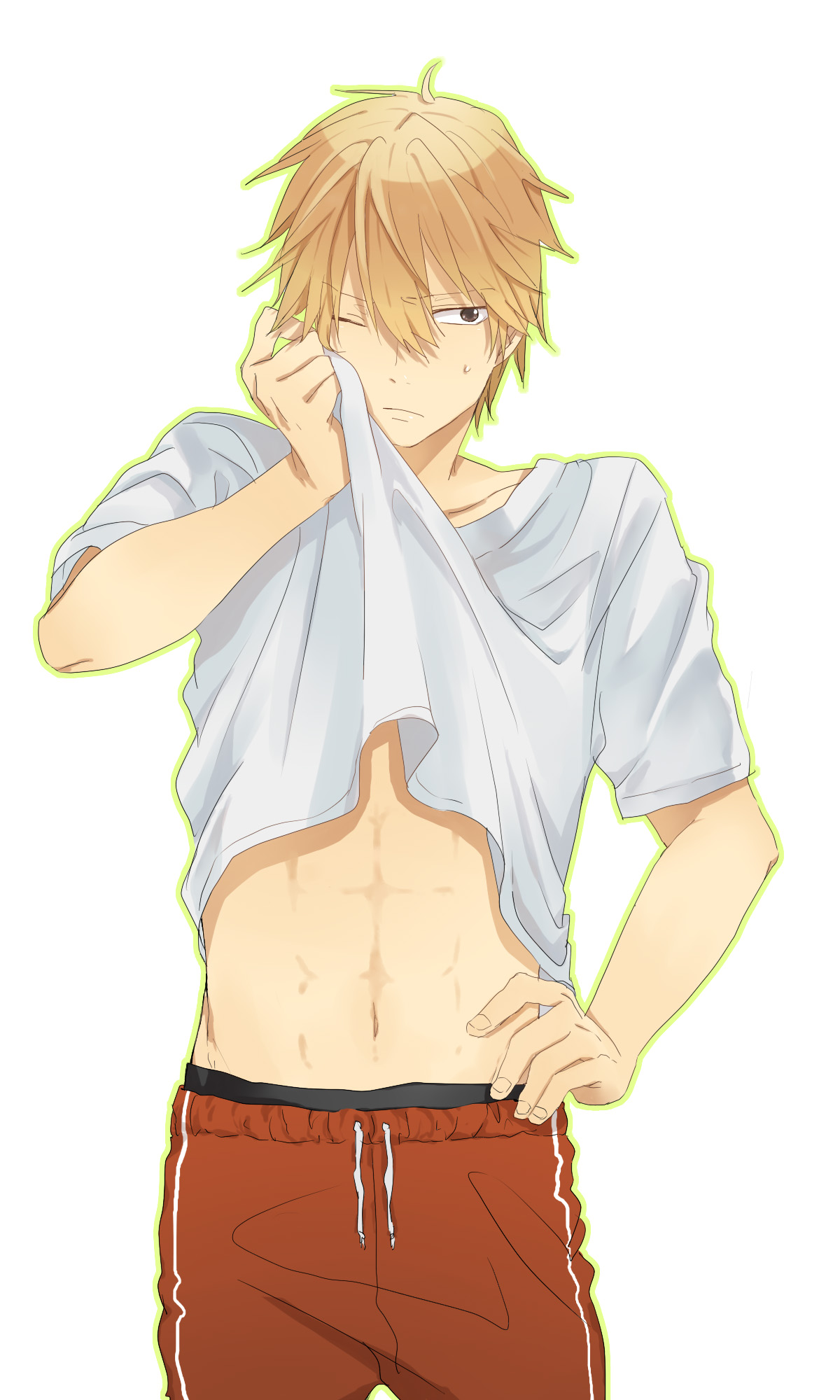 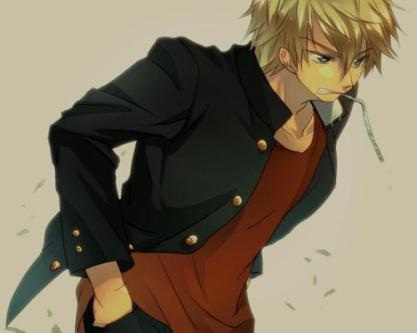 Personality:
Clyde is an energetic, loud-mouthed cowboy with a lot of charisma and a short temper. He's a joker at heart who is sociable and friendly but can also come off as a jerk with a bad attitude due to his temper. Clyde is very prideful and can be a real smug bastard that loves acting cocky but never crosses the line into arrogance.

He's also a bit selfish, often looking out for his own interests and benefits first and foremost, but he also has a strong sense of righteousness and will (sometimes begrudgingly) lend a hand to those in need. His friends and loved ones however will always have his loyalty and dedication. He's very protective of those close to him and will never hesitate to help them.

Spoiler:
Born and raised in the small town of Liberty, Texas. Clyde Gastin grew up a poor and very misguided misfit who was always getting into trouble, or starting it. Clyde and his twin sister Bonnie were raised solely by their mother, Betty Gastin, since their birth, their father having ran out on the family before the twins were even born, leaving Betty to care for the children completely on her own. Life was rough for Clyde and his sister Bonnie, but Clyde always managed to keep a bright outlook on things as much as he could. While both of the twins were brought up very well by their mother, the absence of a real father-figure in Clyde's life would be among the main reasons why the boy's childhood would be a troubled one and would start him down the path toward the misfit scallywag that he would one day become.

Growing up, Clyde was very short compared to the other children his age and was often bullied because of his size. He hated school with a passion and was labeled a problematic child and a delinquent for his short temper, disruptive behavior, use of foul language, fighting, pranks, disinterest in education, constant suspension, stealing and for several counts of vandalism on and off school grounds. His actions made him an outcast among his classmates and was generally disliked by the majority of the children at his school because they found him to be obnoxious, annoying and unintelligent.

Despite being a poor student with no interest in learning, Clyde found solace in sports and showed promise in Track, Football and Amateur Wrestling, but his poor grades prevented him from being able to play and was never able to keep them raised despite studying. With no positive outlet, Clyde fell back into delinquency. The constant suspensions got so frequent that Clyde barely attended school at all and was going to have to repeat the 9th grade. Fed up with school, Clyde dropped out age 15 and got a job bailing hay for a local farmer.

By age 20, Clyde was visibly frustrated with his dead end job and the overall poverty that he and his family continued to endure. But when Clyde saw an advertisement for AFW's Sex Wars division, the Cowboy saw a golden opportunity to get a nice paycheck for the one thing he was ever good at in life. Fighting. (And of course have lots of casual sex and get drunk every night as well!) But ultimately, Clyde saw this as his one and only chance to earn a better life for himself and his family.

After saying goodbye to his Mother and Sister, Clyde headed for Japan, determined to make it big, one way or another.

Fun Facts:
- Dropped out of High School at age 15 when he had to repeat his Freshman Year and still doesn't have his GED.
- Had his first beer at Age 11 and has gradually faded into alcoholism ever since.
- Slayer is his favorite band

Draws:
Vs. Melina Blueberry
Vs. Heather Sunderland
Vs. Cecilia Northman
Vs. Adrian Kytes
Vs. Kendra Williams