Strategy: Just like his Baroness, he will lie, cheat and humiliate whenever possible
Style: Wrestling
Type: Dirty Heel

On Your Knees Peasant: Baron Blackwood gets a rival down and proceeds to hog tie his rival so their hands and legs are bound. He will then use his strength to sit them up so they kneel before him. At this point they are open to whatever humiliation he decides to use on them. It is never set what he does but he can have them kiss his boots or simply molest them. It depends on how cruel he feels.

Every Baron Needs A Throne: He reserves this for girls and male wrestlers who he despises. As the name suggests he will straddle their face and lock them into a facesit enjoying the humiliating circumstances of the pin

As Part Of Simply Superior:

The Peasant Problem: As both Baron and Baroness Blackwood are staggeringly cruel this combines their finishers. Baron Blackwood gets his rival in a Figure 4 Leg Lock putting immense strain on their legs. Whilst held, it leaves Baroness Augusta open to either humiliate them or simply apply more pain for a submission. She often will place them in a head-scissor thereby smothering them and crushing their head in a dual submission. Or she will have them kiss her foot in a sign of humiliation and make them verbally accept they are a lesser person

The Aristocrats Throne: An enhanced version of their respective throne finishers. After exhausting their rival, the pair take a seat on them. This varies depending on who they fight but sometimes Baron Blackwood sits on their face and Baroness Augusta straddles his legs so the pair can make out and use their rival for their pleasure. Other times, Baron Blackwood has them in a straddle pin immobilizing their hands and arms, leaving Baroness Augusta to make the smother complete 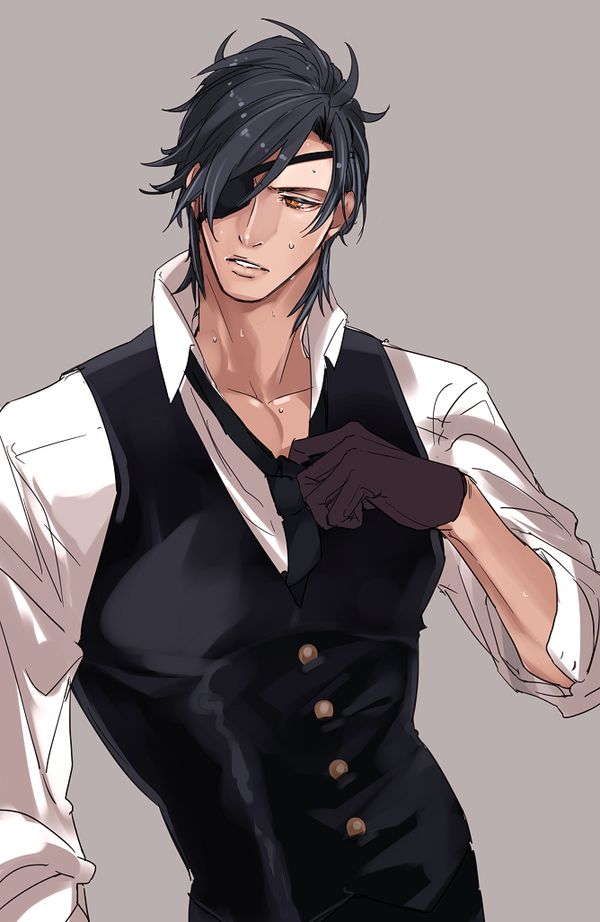 Personality/History: Just like Augusta Pennington, Franklin Blackwood was born into wealth and the noble bloodline of the Blackwood family who own half of England. They are a family who control the lives of many without them even knowing and as such, this allows them certain anonymity and privilege. Franklin as such grew up despising anyone who wasnt of the same class and has carried this into AFW.

He only got into wrestling at the behest of Augusta who wanted to rule the AFW as the premier couple naming their tag team, "Simply Superior"

He is cruel, elitist and arrogant, He also loves every moment of this belittling his rivals as he out-wrestles them and sets them up for a humiliating finish. He trained with some of the best in the business, and brags that he is the "Baron of a 1000 holds"