Search
Latest topics
» Calling out the " Wrestle Angels"! (For Mart-Kos)
by Mart-Kos Today at 3:30 am

» Rainbow Mika vs. Army 'Armando' Rodriguez - Cyclone Warning
by Underdog21 Today at 3:23 am

» An Unexpected Stipulation
by Underdog21 Today at 3:02 am

Jun the Devil Lady vs Yeldo

Jun the Devil Lady vs Yeldo


Anyone who actually knew Jun Fudo outside of the ring would be shocked at her chosen profession. A pretty woman, though introverted to the point of shyness, she seemed as far from a professional fighter as one might imagine. Her involvement in the FnF League was surprising... unless one knew about her *other* self, her alter ego.

It was her *other* self who stepped through the curtains into a darkened arena, walking down the ramp towards the ring as Lissie's haunting cover of "Mother" played over the loudspeakers. Jun Fudo, the human woman, was gone, and the Devil Lady remained, a violent, sensuous demoness who lacked all the inhibitions of her human side. Making her way to the ring, hips swaying as if to draw attention to every lush curve of her body, Jun climbed into the ring and moved to her corner, eagerly awaiting her opponent with a wicked smile playing on her lips. 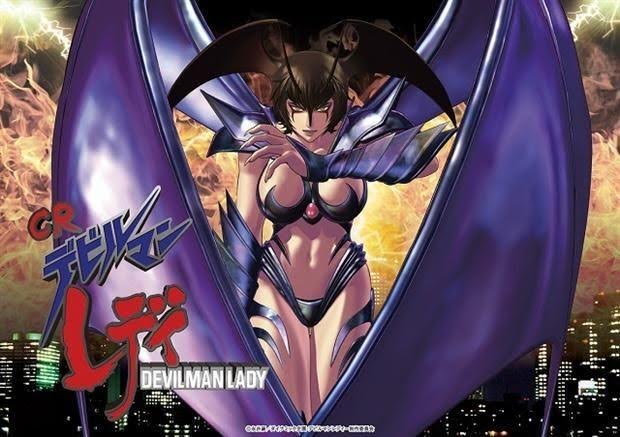 Jun watched with something akin to hunger in her faintly glowing, golden eyes. She dragged her tongue suggestively across her upper lip at the sight of the young centaur making his way to the ring. She'd never faced a centaur, but a rather vivid and rather perverted imagination could picture all sorts of possibilities.

The Devil Lady waited until Yeldo had trotted into the ring and the ropes were closed behind him. She awaited the official *Ding-Ding* of the bell before drawing closer, approaching the centaur with a sultry sway in her walk, drawing attention to the swing of her hips and the subtle bounce of her breasts with every step. The black bikini she wore might as well not have been there. The top barely kept her tits from spilling out and the bottoms were low cut as to leave almost nothing to the imagination. Behind her lashed a long, shape-tipped tail.

"You like what you see, don't you?" She seemed almost to be inviting him to touch her, to sample the pliant flesh of her breasts, since they seemed to have caught his attention almost immediately. Like any demoness, she delighted in getting into her opponents head.

Excited, Yeldo sticks his eyes onto the Demoness after the bell has rung. He caught by the lubric swing of the Demoness' hips and the inviting bounces of her breasts. She's so delicous to look at. Yeldo lets her come close to him. Her words and her voice are like a caressing wind in his equine mane. His ears fidget, so does his tail. The stallion paws the ground, very excited.
« Oh yeah, I do. So much. You're a sexy bomb, you know. »
Yeldo doesn't wait and lets his own fingers run along her voluptuous breasts. With both hands, he softly caresses the top of the Demoness' body.
_________________
My characters' sheets :
⇒ Caleb Golepodem
⇒ Tawncal
⇒ Sligwan
⇒ Yeldo
⇒ Jover
⇒ Raphaël Lancelin
⇒ Fizzy Dyle

Jun laughed softly, a low, sultry sound from her throat. Her eyes sparked with heat and amusement, daring the centaur to come closer, making no move at all to stop him from caressing the warm, pliant softness of her breasts. He was young and eager, and the demoness intended to use that to her advantage. Her nipples hardened visibly beneath his touch and her hands rose to rest on his arms, though making no move to try and wrestle his hands away.

"As skilled as your hands no doubt are... your mouth...or your *tongue* would be so much more effective. Don't you think?" She smiled, seeming to beckon him to lean in closer.

Yeldo notices the obvious hardening of her nipples through her spandex top. He playfully pulls the spandex down to get the Demoness' nipples exposed, and pinches them softly between his fingers. He smiles whilst he gets turned on.
Then the Demoness invites him to tease her nipples with his tongue. Yeldo laughs short, and slowly leans closer to her breasts. He traps a nipple between his teeth, and begins suckling with his lips and teasing the tip with his tongue. He's sure the Demoness is going to like it and be aroused.
_________________
My characters' sheets :
⇒ Caleb Golepodem
⇒ Tawncal
⇒ Sligwan
⇒ Yeldo
⇒ Jover
⇒ Raphaël Lancelin
⇒ Fizzy Dyle

A ecstatic gasp of pleasure escaped the demoness at the feel of the centaurs nimble tongue, her nipples taut beneath his eager attention. There could be no doubt that the demoness enjoyed this, carnal creatures that she was,  arching her back as if offering up her generous bosom for him.

Her fingers,  lightly tipped with claws, ran though the young centaurs mane and drew him close, with one arm wrapping around the back of his neck, drawing him into a breast smother so gradually that he might not realize what was happening until his air was cut off completely!

Yeldo shivers as he feels a soft caress into his equine mane. He only feels that and doesn't guess what's going on exactly. He just realizes that he felt into her trap when he begins encountering some difficulties to breath. He stops suckling and opens his eyes wide. His face is burried into the Demoness' breasts, and actually it's quite arousing. As he tries to breath, Yeldo just smells the heady scent of the Demoness' breasts, and lets out a very equine groan.
The Centaur slams his hoof on the mat and tries to push Jun off.
_________________
My characters' sheets :
⇒ Caleb Golepodem
⇒ Tawncal
⇒ Sligwan
⇒ Yeldo
⇒ Jover
⇒ Raphaël Lancelin
⇒ Fizzy Dyle

Jun moaned softly under the attention of Yeldo's suckling lips and warm tongue, her creamy skin feverishly hot beneath them. When the young centaur stopped, finally realizing that she was cutting off his air, the demoness only tried to bury him deeper into the wicked embrace of her cleavage.

"Oh no, stud. I'm not done with you." She spoke in a breathy whisper, leaning close to nibble at the centaurs right ear.

The demoness, trying to resist his efforts to pull away,  moved to press her voluptuous body closer, attempting to jump up and wrap her legs tight around Yeldo's torso while keeping the sensual smother locked in.