Members: Fumika Miyagi and Fumiko Miyagi (not their real names) 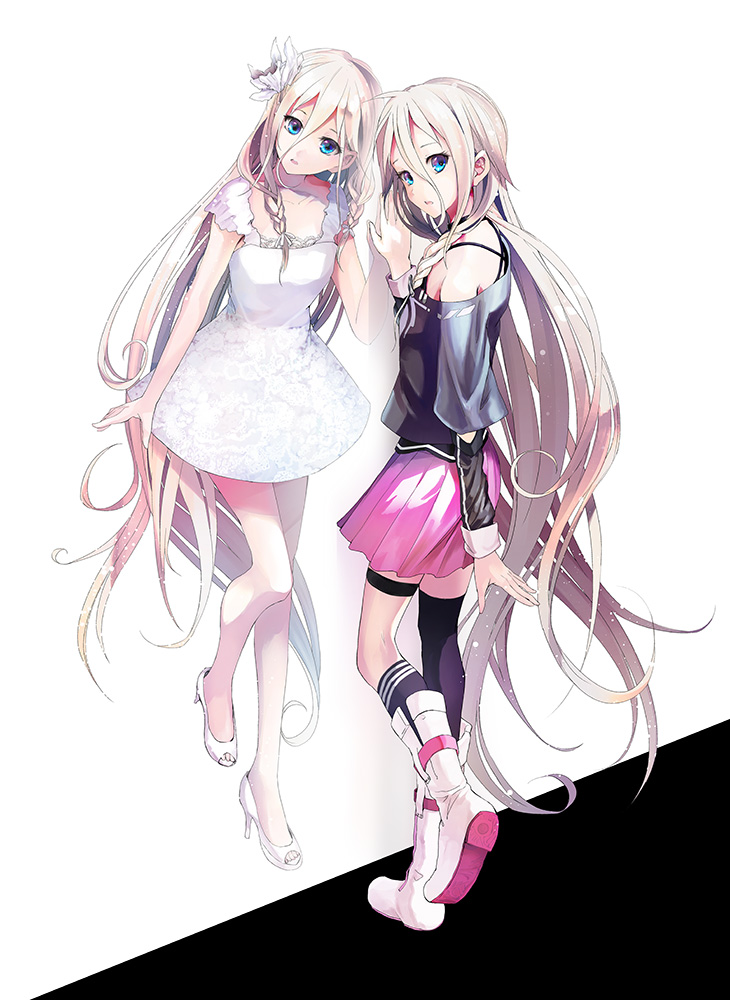 (Fumika in the white, Fumiko in the black, pretend the hair is elbow-length and not unreasonably long)
Alignment: Heel-ish

Team Strategy: Whatever wins, mostly. They do have limits on how dirty they're willing to play... or at least, Fumiko does. Fumika has no such qualms and will happily go as far as using makeshift weapons. Beyond that, Fumika prefers submission style moves where as Fumiko prefers power moves. They tend to be somewhat uncoordinated when doing team moves, due to lack of practice together.

Team Special Moves:
Countdown: After one of the pair has brought the opponent down via whatever means, the other will jump forward and stomp on top of them. More effective when performed from the ropes, but takes more set up.

Twoplex: A suplex that sends the foe towards the corner of the waiting partner, where they will grab her hands and pull their face into the turnbuckle. When the suplexing partner has gotten back up, she will ram her knee (as many times as necessary) into the trapped opponent.

On the Count of Two: A finisher, Fumiko holds the opponent in a bearhug, then Fumika comes around to attack the helpless foe, usually by kicking them in the neck. Finished by Fumiko lifting and throwing the opponent on her back, both girls diving on top.

Attire:
Same as Fumiko's outfit the picture up there, except with a more tight-fitting top. (Fumika is wearing a white-accented version of Fumiko's outfit.)

History:
Despite many people's expectations of the former idol duo Two, they are not sisters by birth. Of course, the idol agency they worked with promoted them as such, so the rumours are understandable. They were never too popular as idols, and although their on stage persona had them act very close, even intimate sometimes, Fumika and Fumiko don't see each other as friends, more as rivals competing.

After a particularly unsuccessful season of shows, their contract as idols were cancelled. They argued more and more, each sure that the other was at fault for their lackluster performances. College was out of the question, they had spent too much time in high school performing to have the necessary grades. Instead, the pair both decided to capitalize on their fame before it was gone entirely and signed onto the AFW.

At first, they wanted to sign up separately (largely because of their rapidly deteriorating relationship), but since their only distinguishing feature was performing together on stage, they were signed on as a tag team.

Now, both want to break free of the image as being the other's partner, and both of them intend on one-upping the other until everyone knows they're the better of the Two!

Fun Facts:
- They first met in elementary school, bonding over a similar hairstyle.
- Their first live performance was over 6 years ago.
- Rumors of the two idols fighting and bickering backstage never came to light, mostly because of the far more prominent rumors of the two being in an incestuous homosexual relation.
- They are both very good at hiding their emotions after so many years of putting on an act on stage.
- Fumiko actually does have feelings for Fumika. They are very much unrequited.