Alignment: Shy jobber: Valérian is not very good at wrestling. He likes it, and he tries his best, but he very rarely comes off on top. And during the match, if his opponent is pretty enough, sometimes he'll get locked up, sort of scared, and then freeze as he or she has their way with him, often leading to injury or at least some pain.

Style: Aerial: Again, Valérian isn't very good at wrestling. However, due to his small body and light frame, he can throw himself around pretty well, and 103 pounds still hurts when it's jumping on your head or attempting to dropkick you. 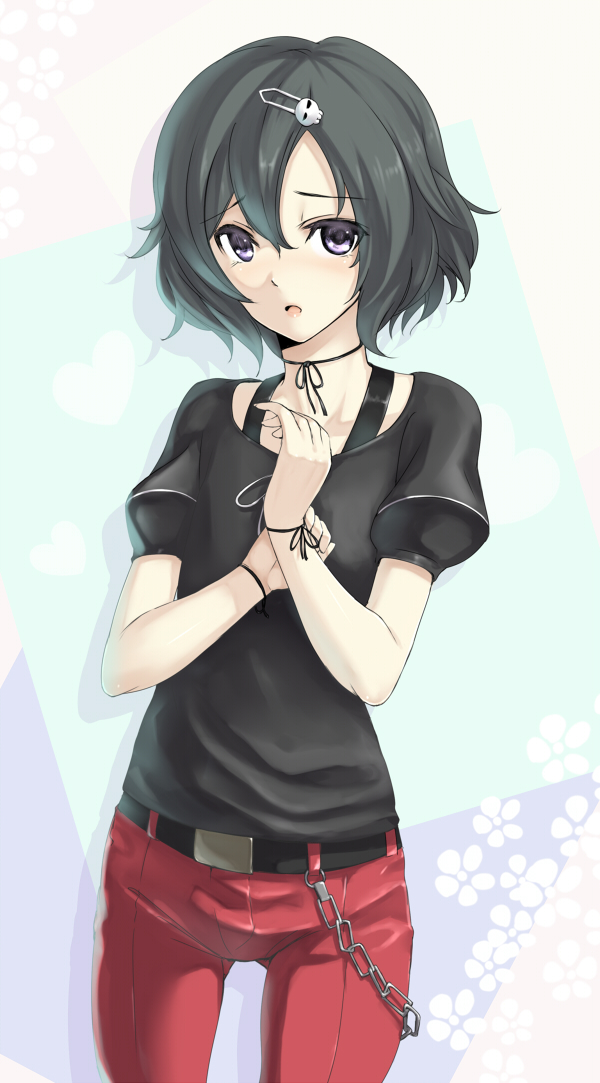 Personality: Valérian, who likes to be called Val by his friends, is a real sweetie. He acts and looks very feminine, and speaks in a light, singsong voice most of the time, very careful never to offend anybody. He's a shy soul, and that's a big part of why he's a virgin. He never had the guts to approach any of the girls or boys he liked. He'd always choke and make up an excuse before hastily leaving. While he is bisexual, he has a slight lean towards girls. That, unfortunately, works against him lots of the times it seems.

Biography: Valérian was born to two loving parents on the island of St. Pierre in St. Pierre and Miquelon on October 10, 1996. He had three sisters who he always played with, even to the point of playing dress up along with them. His parents, being the sweet parents they were, brushed if off as kids being kids. But even as Valérian developed more, he kept gravitating towards femininity. He hit puberty early and finished it early, and he was short. It's always a bit humiliating when you see middle schoolers who are taller than you— but Valérian holds his head up high. He embraced his femininity. He wears tight clothes and his hair long, making him look remarkably girlish.
In high school, he was assumed to be a girl by most people, and he didn't mind. He would probably get made fun of more if he was considered a boy. However, his nervousness and lack of friends made him very awkward. He crushed on so many people during his years in high school, but never even once managed to tell one. The poor kid was too shy.
However, once he was out of high school, he spent a summer in Toronto, where an AFW scout came across him. He wasn't even slightly talented, but interest in traps was going up at that time. Val had a job— a real job! And hey, wrestling... that's fun, right? Wrestlers... he'd have so many fans! But so many people to let down...
Well, he might as well try as hard as he can, then.

Valérian loves being scared and has an extensive collection of horror movies.

Valérian wishes that he could have sex with a slime girl.

Valérian's cock is 8 inches long, but he'd never tell you or brag about it.

Valérian is a grower, not a shower.

Foes:
None (and he'd like it to stay that way!)

Rivals:
Not a one