Strategy: The girls work as a team to dominate rivals before subjecting them to a big team finish.

Type: Teamwork at ALL times.

Amber and Lara take turns wearing their opponent down so they are helpless. Then Amber puts them across her knee for a backbreaker, while Lara climbs the turnbuckle. Jumping off she lands a leg drop across their throat to lay them out on the canvas. After this Cassie is tagged in and being the heaviest, drops a big splash off the ropes to finish them.

All three girls will often pin their rival assisting Cassie to reinforce their teamwork.

Triple Trouble: This is a team submission hold.

Variation 1: Cassie puts her rival in a Romero Ceiling Hold so they are helpless. Amber moves to their head and applies a choke hold (a bit like a dragon sleeper) while Lara, being the most sexually active of the team, nuzzles licks and plays with their rivals sex.

Variation 2: With the victim on their tummy. Lara applies a head scissor, ensuring the rivals face is up against her crotch. Amber concentrates on the legs, bending them back almost crab like. Cassie then piles on the pressure with a clutch to secure the arms and work the back.

It is the mix of pain and pleasure that the team use if they really dislike someone. 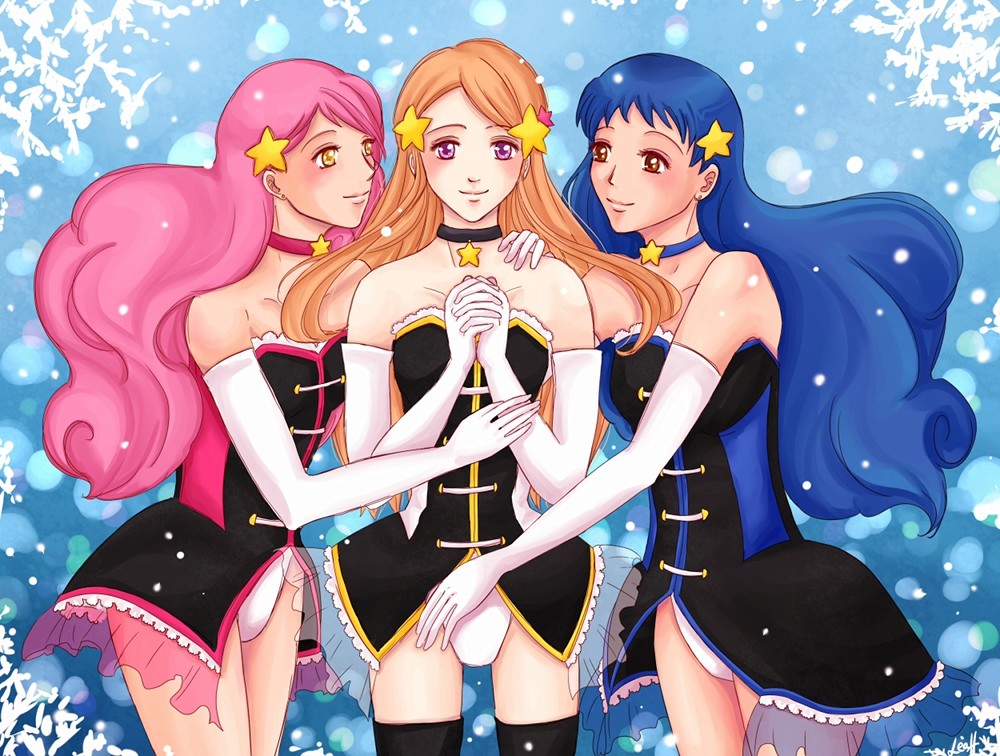 Personality: The team are solely in AFW to dominate and be used as some form of punishment. Whilst they are not sadistic, money talks and they will squash anyone put in their way (usually relying on the odd of 3v1 to do it) They often like playing to the crowd, even though they are heels and announce their moves just like anime characters. They especially do this for their finisher and triple pinning combination.


Past/History: The girls met at wrestling school and initially it was just Amber and Lara who formed a tag team. After they saw Cassie utterly destroy a girl, they knew a triple tag team was the way to go forward. They recruited her simply as he muscle of the team, and to really hammer home the helplessness of their rivals.