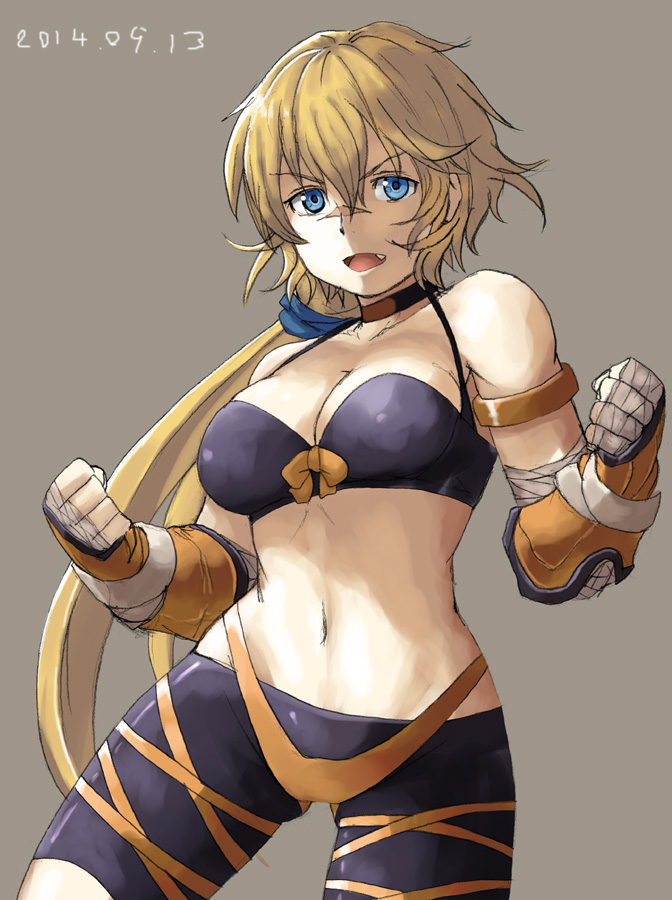 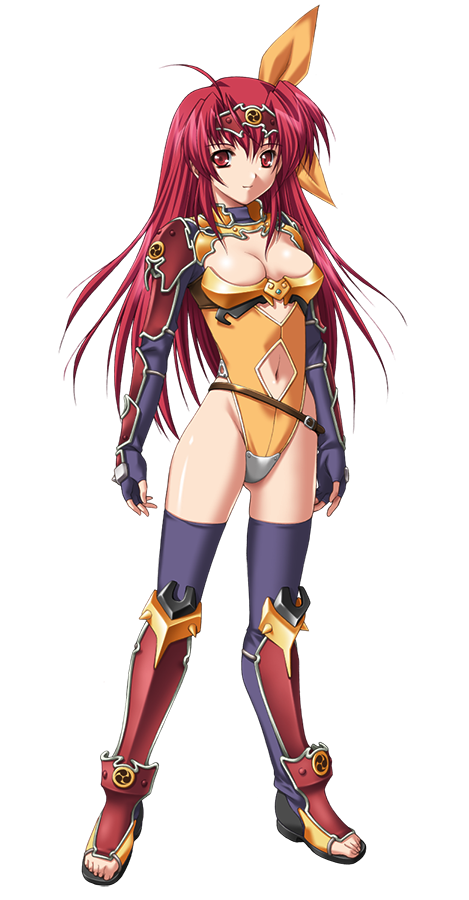 Ellie is a hard working and simple minded individual who's main short-coming is her naive and trustworthy nature. Ellie will always work hard to improve her performance and will usually persist in matches even when she is out matched in order to get more experience and to see other tactics and moves up close. Ellie is a rarity among the misfits as she doesn't feel the need to validate herself to others but rather just to believe in herself and commit herself to a cause, which currently is to improve at wrestling.

Zoey is the nasty woman that you want to hate but just can't. She mostly relies on the power game and her unbelievable endurance as she will take blow after blow and continuously tease or belittle opponents, she only does it because she loves to antagonise people but unknowingly she has created a pretty good method to frustrate people and make them not think logically. Zoey is known to be so ridiculous in her attempts to be hated that it has the opposite effect with some and they consider her like a pantamine villain and play along with her antics rather than boo them, she is also known to do the most humiliating or petty things imaginable but usually ends up being the one who gets the worst out of an exchange, showing yet again why the fans can't take her serious enough to boo her. Although the fact that she is small and cute probably doesn't help with her issue of not being taken seriously.

Rhea is a very odd wrestler, she should not be a good wrestler due to her having no abundant physical strengths but it is her mentality and twisted mind that helps her win matches she otherwise shouldn't. Rhea is an all rounder who will do just about anything she doesn't need lots of technique for, she is also both a twisted sadist and a masochist which often helps Rhiannon do more damage and take more. Due to her being Sadistic she will often think of more damaging moves and will not care about her opponents well-being meanwhile her masochistic side helps her take the most humiliating or unbelievably painful moves without giving up, she is also a raging sex adict which is a strength and a weakness as almost everything turns her on but she has lost a few matches in the past due to an opponent wrapping Rhea around their finger with the promise of some action.

Elisa is a sexual giant who may be gentle when it comes to caring about her opponents physical body but when it comes to their mind Elisa is not so gentle. The giant is in the AFW for one main reason and that is to smother and have sex with other wrestlers, most Elisa's matches end up being her using her opponent's body for her own pleasure and making her opponent's brains fry with lust before finally putting them away. Even in a normal match it is fairly likely that Elisa will invade her opponent's privacy and play with their body, using her own large frame to block off their escape. 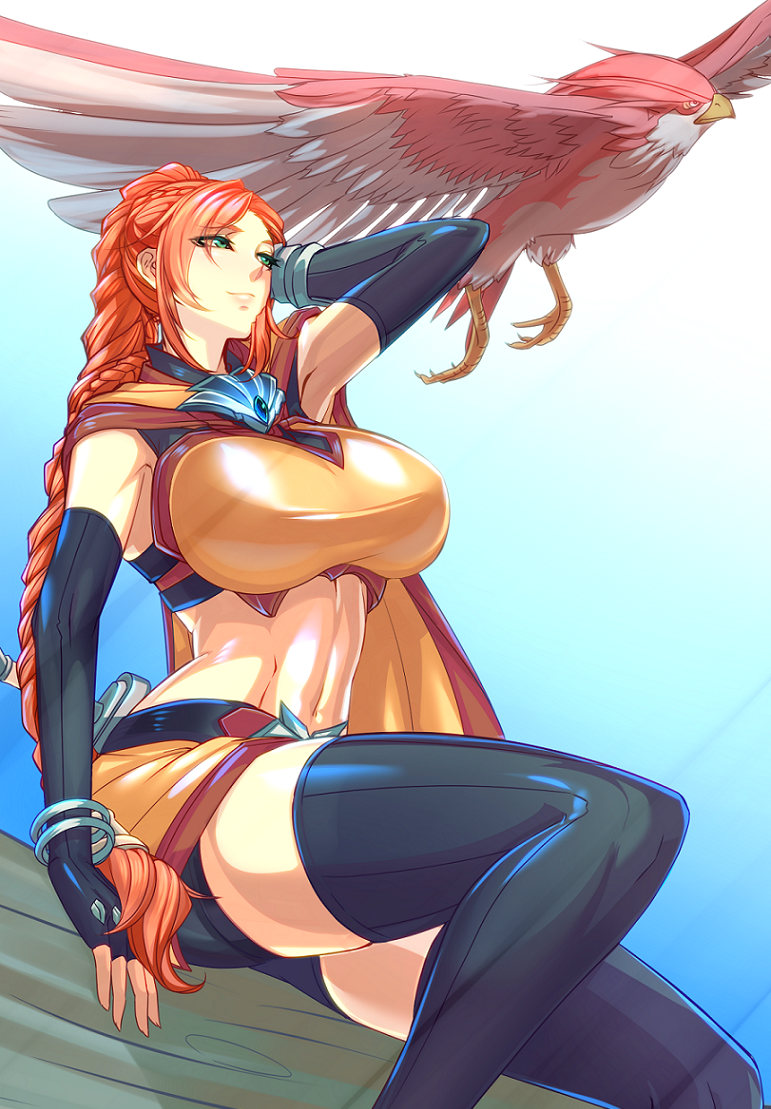 Reva is a fierce competitor who has some twisted views about free will, believing that if she can destroy her opponent and make them give in then she is free to do anything she wants to their body. Despite this Reva will never go for cheap shots or cheat to win matches, She is however cruel and is not above forcing herself upon others. In the ring she is a typical powerhouse until she believes that her opponent is done for after which she will twist her style more to fit in some humiliating or sexual holds. Reva is the type to have strong feelings on things but she is easy to manipulate or control, especially if the manipulating is being done by a hentai fighter.

Harley is a friendly person who loves the approval of anyone and everyone which includes her fans. Harley will always push herself far over her limit even if it is evident that she cannot win, she wants for people to admire her in every way possible and so will do her best to appeal to all the fans wants when it comes to wrestler and hentai, although she herself does have a certain love of both those things and it would be inaccurate to say that she is only doing both or either for approval although it does help drive her to do better. Harley mostly focuses trying to out-speed and out-think opponents as well as persist long enough for her opponents to make a mistake, without a doubt Harley's most threatening feature is her deep need for approval and the lengths she is willing to push herself to in order to get it. 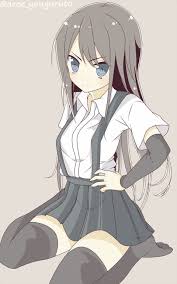 Delilah is a wrestler driven entirely by emotion, despite her small stature and cute appearance she mostly relies on her strength in wrestling matches although she sometimes tries to overwhelm her opponent sexually or lock in one of the few submission holds she knows. Delilah has a predictable presence in the ring as she never hides her emotions and tends to rush without thought, although she is somewhat unpredictable in the way that her emotions and combat style can change on a dime which makes her style hard to combat but her moves and techniques a bit easier to predict.

Alex is a wrestler who cares about her sense of " Cool " which is to say that she will put in the maximum effort to maintain her morals and beliefs no matter how self destructive it can be for the small feeble woman. Alex tends to do flashy moves that rely on a mix of power and speed, she can be pretty unpredictable due to her having no real strategy other than to " Have an amazing match! " and to " make everyone jealous with my cool moves!". Alex is a good wrestler and is naturally quite athletic but not really very smart or strategic and so despite her natural gifts will usually end up loosing, despite her " cool " nature she is also actually easy to upset and is incredibly likely to " drizzle " as she calls it ( cry ) in a match. 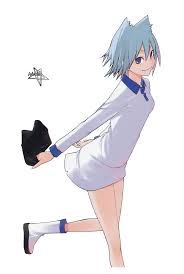 The least formidable of the Hamilton sisters and also the smallest, while she has been training for a long time and been all around the world she is still just so incompetent that she relies on cheap tricks and just hopes that her opponent doesn't brutalise her, sometimes the raw mix of styles that Blair employs though can surprise her opponents and her cheap tricks can end up with her coming out on top. Blair is pretty hot headed like her sister Zoey and will easily get angry or passionate when put in situations that you would expect to cause that kind of reaction.


Linnea and Sakura were previously two independent wrestlers who had lead to completely unrelated life until they were paired together for the chance to get into the AFW in a tag team tournament. Linnea is a quick and small but skilled wrestler, she is very inexperienced when it comes to the more sexual aspects of AFW and can be overwhelmed almost ridiculously easy and refuses to ever do any sexual things herself. Sakura on the other hand is a powerhouse who also has a surprising level of speed which makes her the bigger threat of the team, Sakura tends to act a little bit more on impulse though and unlike Linnea will rely heavily on sexual warfare to get the advantage as well as smother holds. Sakura learns through trail and error to try and combat her opponent's while Linnea tries to use her logical mind and incredible perception to avoid making errors although she often gets angry which causes her to act completely illogical. 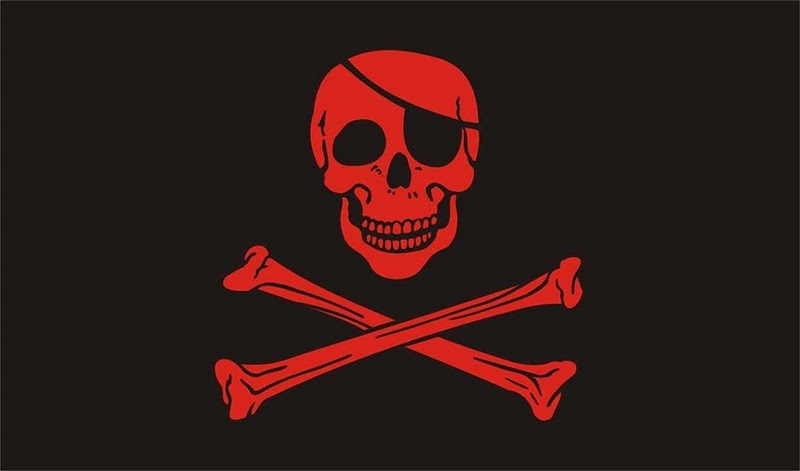