Search
Latest topics
» Catching Up
by HighFly Today at 10:26 am

» Hardcore: Violette vs Persephone (D)
by Serpon Today at 7:02 am

» Unfinished Business: Kogeki, The Demon Yokozuna vs. Aphrodite, The Love of the World
by GreatForce Today at 5:52 am

» Atalante Pallas Vs. Claudia Augusta - Wine Pit Wrestling
by OmegaVan0 Today at 2:13 am

Show me what you've got then!

Show me what you've got then!

The wrestling prince was getting alot of sparring partners in the gym lately, he didn't mind the challenges as the more he faced opponents backstage the more he was match ready for the real deal. He wanted to stay in shape and be the best wrestler, the only way he could make that claim official is he kept at it and wrestled all sorts of opponents with different styles and strategies. Thus, Daisuke was busy in his own gym work schedule. Changed in nothing but his grey CK wrestling briefs and black gym sneakers, he was busy on the benchpress doing a light workout after he had just finished working up a sweat on the treadmill.

"Argghh! *one*two*threee* aannnndd done!" he said, exhaling deeply as he let of of the benchpress bar and sat up on a seated position. He then hopped off the machine before grabbing his gym bag on the wooden bench nearby, grabbing his towel to wipe the sweat off his face and neck before getting his bottle of water and taking quickly chugging it down to empty it. The wrestling prince hoped to get some competition in the gym so far, however uptil now he didn't see many of the usual tension stars around, Daisuke then packed up his towel and empty bottle of water, having a general look around as he began to do his post-workout stretches.

Korralyn was making her way to the Gym as she wore the same outfit as she does in her wrestling matches as she would open the door and look at the people who were already their. So as she thought back to her latest match as she feels that she left her partner down when they lost their first tag team match in the AFW after they meet each other a two months ago. As she walked over to the fitness bikes and as she did so passed a male she did not know as he was working out on the treadmill.

So as she got onto the machine and starting peddling as she always started her work outs like this as she wanted to observe the other people and as always wondered why the members of friction and Tension would all work out in the same gym as she thought it made more sense to have separate gyms for the different groups. After 15 min she would get off the bike and walk towards the treadmill and take the one next to the one used by a blacked haired male as she start to turn the machine on and start walking. 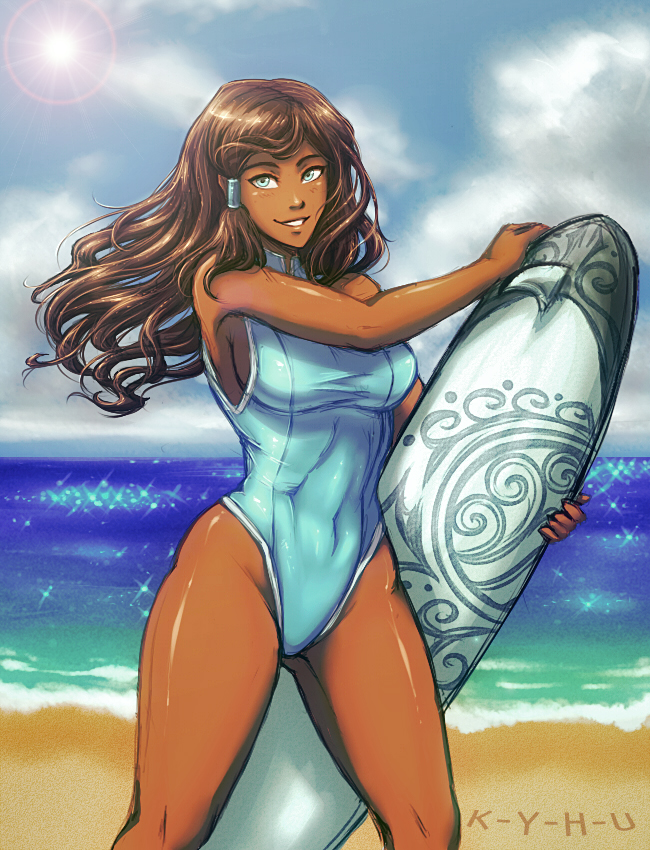 The wrestling prince was just about done for the day it seemed, he had finished his workout and was about to go hit the showers and changed to his regular clothes, even though he absolutely loved to show off his chiselled figure infront of the AFW roster and crowd. As the prince finished packing up, he noticed a familiar figure walking past him and take up one of the treadmill next to the one he was using, he recalled her as Koraralyn from Friction

He raised his eyebrow as she started to use the treadmill and do her own exercise, kind of annoyed she past him without even acknowledging him. Visibly annoyed and unsatisfied of his workout, the prince dropped his gym bag and went in behind her "Hey, aren't you from Friction? This gym is for real wrestlers" he mocked her with words then lightly tapped her butt to gain her attention as he taunted the Friction star.
_________________
Tension:

Korralyn would turn around as she hears the male mock her as she replies ''That depends on what you consider real wrestler '' when she suddenly feels the male spank her as some in the room start to giggle at what was happening. Right away the Filipino native would turn around and press the stop button as she slaps the male in his face as she steps off.

So as the both of them stare in the others eyes Korralyn would yell loudly ''And if you think i am not a real wrestler maybe i should just have to beat you and if you want i add any special stakes you like'' as she hopes the male would be to turned on to think clearly making it easier for her to win.
_________________
My fighting girls

As Daisuke mocked the Philippine, she turned around and gave him a stern look as she replied back to him, feeling unfazed " A real wrestler is one who can actually wrestle in the ring and not treat it as playtime"he grinned, mocking the entire Friction faction before tapping her ass playfully to agitate her, much to the delight of the other onlookers. Daisuke chuckled with them, however Kora was less than amused as she stepped off the treadmill to face the arrogant prince.

She didn't say anything, just responded with a slap *THAWK* Daisuke was stunned but then realized what just happened, he quickly pressed up into Kora, now they were face to face, chest to chest in a heated staredown as they glared each other down pressed up in a classic wrestler face off.

"Mngh you bitch! There's no way a pathetic wannabe like you can ever be my equal. FINE, let's wrestle....name your stakes"he said as the two were unflinching while the others gathered around to try and calm the situation.
_________________
Tension:

Korralyn would just stare in the unknown male eyes as she would push her breasts against his chest as she would growl as a result from having to listen to what the asshole thought of the female friction wrestlers. ''Sorry but i told you before dumb ass that it was up to you to pick the stakes as i'm starting to wonder if you dye your hair black to cover up the fact your blond'' was the quick respond as she feels two other female wrestler's hold her arms as they try to push her back as she was not going to back down and make it seem the asshole was right.
_________________
My fighting girls

Daisuke felt that if he pressed up to her, talked shit- the Friction wrestler would simply back down and make her way, however Korralyn didn't back down! She pressed up into the prince, glaring into his eyes as he did the same. Her breasts pressed up against his pecs as the two were in a heated conversation and staredown.

"FINE, you want me to pick? I dont know about you but when I make you submit, I will make you get down on your knees and kiss my feet" he grinned as he saw the two girls try to push her back. "You should listen to your peers, you dont want to get into this match" he whispered close to her as he kept pressing up
_________________
Tension:

Korralyn would just growl as she hears what she has to do if the male ends up winning as she was about to reply as two other girls from the friction league would try to pull her backwards as the asshole keeps talking. So as she escapes from the grip of those two girls she would step forward and slap the asshole in his face again as she replies ''In your dreams as i don't want you to do anything besides admitting that Friction wrestlers are just as good as you bastards from the Tension league''

After saying what she wants to be the penalty for her opponent if he lost as she looked around the room for someone to act as referee as she knew the training ring was free to use and she did not want the arrogant male to have a advantage by picking a ref of his choosing.
_________________
My fighting girls

The wrestling prince kept trying to scare Korralyn but he only fuelled her anger even more. Once she was getting tugged back by the other female's Daisuke gave his stakes and it only made her even more angry as she shoved off the girls holding her back and then slapped Daisuke "Oufff" he grunted as spittle flew off his mouth from that surprise slap as Kora gave her own conditions for the victory.

"FINE! I'll show you how real wrestlers wrestle" he growled, pissed off as he pressed right up into her, chest to chest and head to head as things got even more heated.
_________________
Tension:

After a while the two were separated as one of the friction girls got a black and white t-shirt and decided to wait in the practice ring as she yelled ''Well get inside this ring and settle this stupid argument already'' So as Korralyn hears this and after being released by the two girls holding her back she would give one last slap to the male's face before turning around and rushing towards the ring as she would slide under the bottom rope as she waits for the asshole to do the same.
_________________
My fighting girls