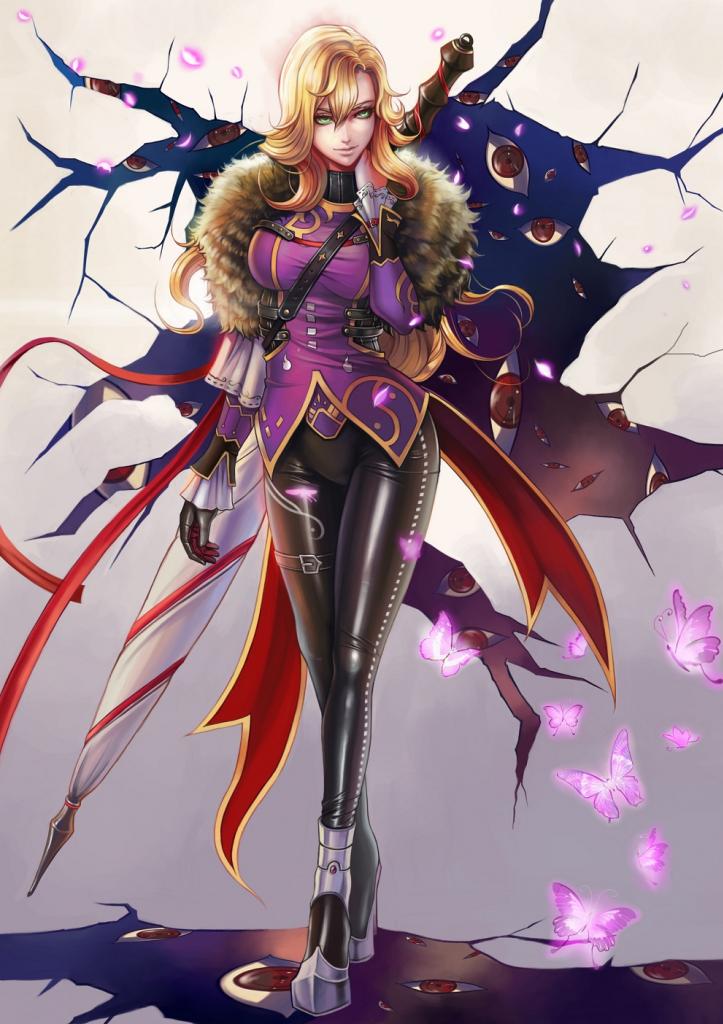 Tonight was not just any night. Tonight was the night that Brittany was going to put some poor girl in the ground. Brittany had one thing on her mind tonight, crush her opponent and make her beg. Brittan stepped out into the arena full of confidence even as the crowd booed her. Ignoring the deafening boos Brittany entered the ring and just turned to look at the entrance. Eagerly waiting her doomed opponent with a wicked smile on her lips.
_________________
Characters

To say Lauren Summers was excited was an understatement. After spending her teen years trying to escape farm life and doing underground fighting, the former Texan found herself now in the biggest wrestling league in the world, about to debut in a match against, of all people, the Friction World Champion!

Clad in a slim and sexy one piece, with her arm/knee pads on and her hands and feet wrapped up tight, the brunette made her way down to the ring, getting a small reaction, nobody in the crowd knowing who she was. Well, that would change by the end of the night!

Getting in the ring, Lauren got in her corner, bouncing on her feet and shadowboxing a bit before looking over at Brittany, and the shiny title belt around her waist.

Brittany watched as Lauren made her way down to the ring where her doom awaited. Brittany just ignored her opponent until she heard the bell ring. "This is going to be the worst night of your life." Brittany would say as she moved towards the center of the ring. Brittany wouldn't even try to initiate a lock up. Brittany would just kick Lauren in her in the stomach to get Lauren on the defensive right away.
_________________
Characters

The rookie met the champion in the center of the ring, ready for a lock up. Sure, the art of the lock up was still unfamiliar to her, but she had been trying to brush up on her wrestling techniques and etiquette since getting to Japan, rather than just relying on the old "punch punch smash smash" she had used back in texas.

Besides, on tv, everything started with a lock up...apparently nobody told Brittany that though.

Instead of the opening lock up Lauren had been expecting, she took a fast, powerful, kick right to her stomach, the girls arms instantly dropping to her stomach, mouth opening as she gasped, the force of the kick harder than anybody had kicked her back home. No wonder this girl was champ.

"So-so thats how you wanna do it?"

Lauren growled, before trying to throw a kick of her own to Brittany's side!
_________________
Check out the recently revamped Roster Page, now with pics!

Brittany had decide that she was going to make an example out of Lauren to show the rest of the roster why you shouldn't mess the champion.
_________________
Characters

Lauren's eyes had widened, as her kick struck Brittany right in the side, only to have no effect on her whatsoever. No wonder she was the champ, this bitch had to be tough!

Due to either surprise or slower reflexes, Lauren was unable to block or dodge the clothesline in time, Brittany's arm smacking into her chest, right above her breasts, dropping her onto the mat on her back.

It didn't take more than a couple seconds before the texan was back up on her feet, trying not to get flustered after just the opening moves of the match!

She yelled, throwing her arm out for a clothesline of her own, aimed at Brittany's chest!
_________________
Check out the recently revamped Roster Page, now with pics!

Instead of nailing Brittany with a hard clothesline to drop the woman, Lauren ended up getting a hard spear, the champ crashing her into her body and dropping her flat onto the mat, knocking the air out of her.

Lauren groaned, holding her stomach and gasping from the hard impact of Brittany's full body smashing into her stomach, the brunette trying to roll away and make some distance so she could recover!
_________________
Check out the recently revamped Roster Page, now with pics!

Lauren was still having trouble catching her breath, and the sharp kicks to her head and side didn't help. As she was pulled up to her feet, the brunette tried throwing punches into Brittany's side, only for them to have no effect, before she was whipped across the ring.

Lauren yelled, hitting turnbuckle back first, groaning as she leaned against the turnbuckle, trying to figure out how the hell things went wrong so quickly!
_________________
Check out the recently revamped Roster Page, now with pics!