Cyclone Tag Tournament Round 1: Rebecca and Diana vs Kyoko and Amy

Cyclone Tag Tournament Round 1: Rebecca and Diana vs Kyoko and Amy 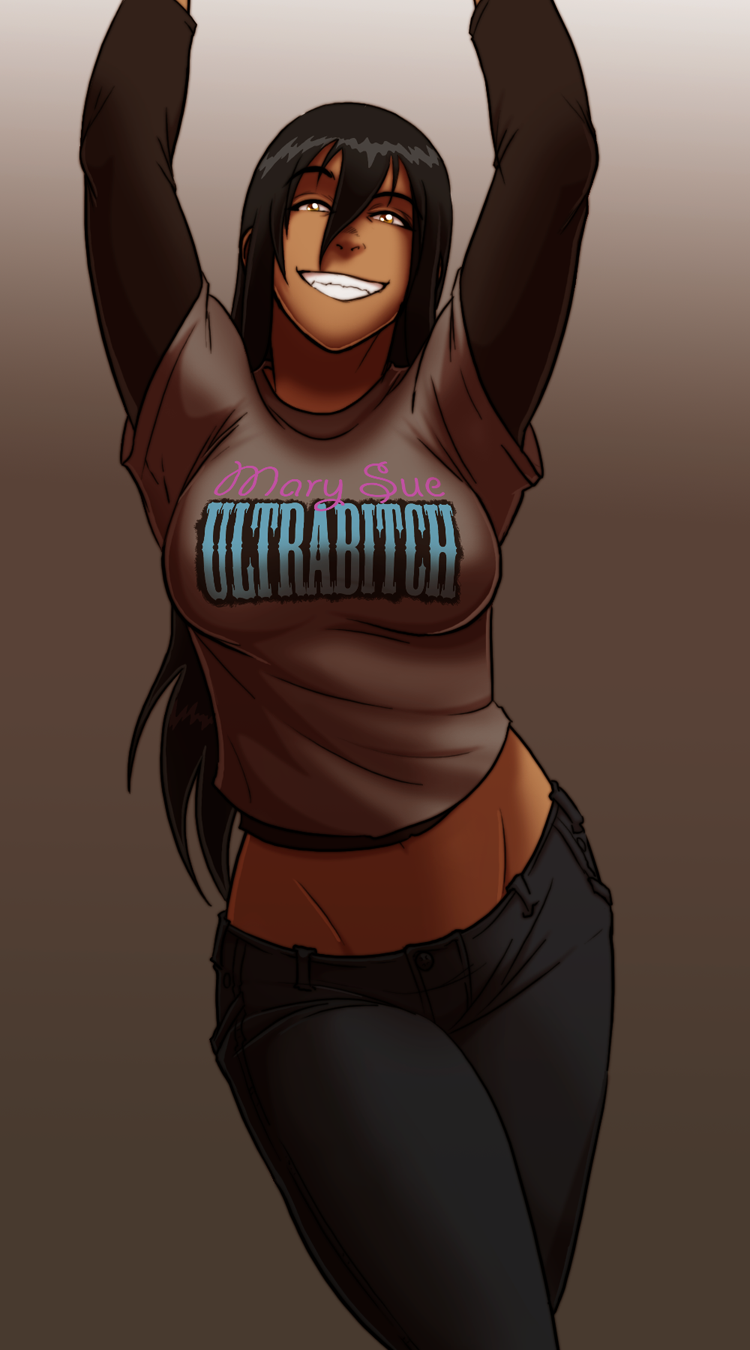 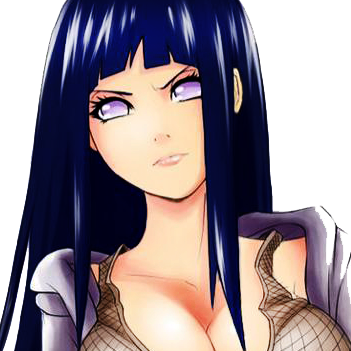 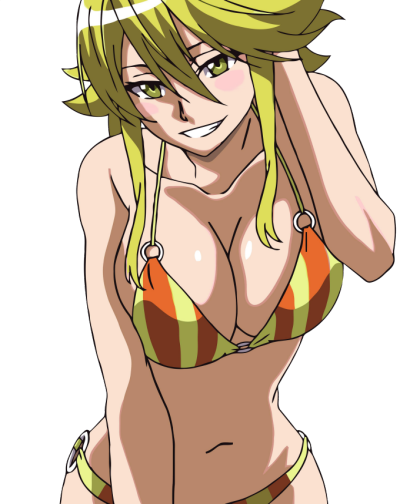 To put things lightly, Rebecca was feeling quietly confident about her and her new partner's chances in this tournament. With a combined weight of over 400 pounds, they were by far the largest team around, Rebecca by herself out-weighed some of the teams and with the strength and skill of Diana Accera by her side it was a question if anyone would be able to stand up to the two amazons, let alone topple them. Although if there was any team who could match them strength wise, it would be their first round opponents: the second largest team.

With next to no collaboration on music or entrance theatrics, their intro something akin to that of some local no-named jobbers, out strode two women that were anything but that. Equipped in something of a tight black top, legs devoid of clothes beyond her wrestling bottoms, Diana strode out next to the giant Rebecca Tomko, determined not to be somewhat literally caught in her shadow.

It was true that the two women had the weight, strength, and incredible ring ability, but with Diana, the latter might not of been so applicable in a non-singles setting. Diana herself was brand new to tag matches, and partnered somewhat brashly and quickly with her partner that she had literally no practice with in a tag-team setting, the teams effectiveness would truly be put into question in the following match, let alone the tournament.

Now in the ring with the giant, Diana would soon follow suite, removing her tight black t-shirt to reveal her own midriff and frame. She'd simply glare back at the ebony amazon, a smug smile on her face, before she simply nodded, turning her eyes to the entrance ramp.

Meanwhile the next team bega setting up there entrance. After their music ended the next one began playing, Amy them song at first but at the two came out Kyokos was mixed in with it as Amy cralwed out in her typical getup with Kyoko close behind her though she was standing up and dressed normally, well more normal then her partner was. As Amy let out a roar Kyoko brought her hands up as the crowd let out a cheer from the two making their entrance.

From there she marched on down to the ring, Amy crawling while Kyoko did her cocky typical strut, high-fiving a few fans while Amy ignored them, her eyes on the two girls inside the ring. Once they got close Amy stood up and removed the Lion paws and wit while Kyoko walked up the steps. "This is important so dont mess it up for us." She said to Amy who scoffed. "Please seeing how im the only one who can match these fools physically im more worried about you costing us."
_________________
Chelsea Loski
Kyoko Akan
Amy Evans
Sheena Akan

Rebecca raised an eyebrow as she watched the Lion and the Belly Queen make their entrance, Amy adding to the feral theme by crawling her way to the ring, "So we got one normal woman and an over-sized furry," The giantess chuckled to herself as she stepped back to the ropes, holding them down as the two finally made their way into the ring. "I think we got this in the bag, you okay to start?" she asked her impromptu partner.
_________________
Adrian Kytes (Heel) Outspoken All-Rounder
Rebecca Tomko (Tweener/Heel) Amazon Enforcer
Sabine Shanoa (Face/Tweener) Dancing Succubi
Tina Armstrong (Face) Blue-Eyed Superstar
Yelena Turova (Face) Crushing Powerhouse
Pantha (Face) Pride of the Jungle
Anna Silver (Face) Ardent Angel
The Green Empire The Empress & Imperial Guard.
Mara Jingfei (Face) Amethyst Dancer

Diana herself kept her mouth shut, hands to her hips as she observed the somewhat more organised team make themselves known. She kept her eyes on the 'furry' in question, having had two prior interesting altercations with Amy herself before hand. She was by no means overlooking the woman who walked besides her, but was simply much more eager to butt heads directly with the blonde, rather than partially like the last two times.

She'd nod to Rebecca as she suggested she started, moving her back into the corner as the ebony amazon made her way to the apron. Rolling her knuckles, eyes forward, she'd keep a stern look on her face. The two may of not discussed much regarding match tactics and such, but Diana believed that the same tactic applied to near any team featuring Rebecca Tomko. Work your foes mobility down as much as you can, even at a brutal cost to yourself, so that the ebony giant could tag in and completely take over.

Once the two were in the ring they observed there opponents, both bigger then Kyoko but she didnt seem to mind or notice as she stared down both girls. Amy on the other hand was mostly just sizing up Diana there previous encounters on her mind as they saw the Amazon take charge and go first Amy made the choice for them as well.

"Im going first, shes mine." She said in her commanding tone while Kyoko just looked at her. "I figured you would have wanted the big girl, well bigger girl." She said as the two kept staring at each other. "I do, but ill deal with her soon enough." She said so Kyoko just went to corner and decided to observe her enemy first. Amy smirked as she got ready. "Id rather our first meeting here be one on one but this will do."
_________________
Chelsea Loski
Kyoko Akan
Amy Evans
Sheena Akan

Diana simply observed, watching how the woman she'd encountered before decided to be her first sparring partner. She couldn't help but smile slyly, knowing full well that such a start offered much more chance for taunts and the like as opposed to Kyoko tagging her in later on, when Diana could of been somewhat suffering from heavy breaths.

She'd nod at the suggestion of a one on one, having much preferred to test the blonde in a setting that didn't include others. Still, she couldn't exactly change her mind now, not that she really wanted to. She got a fight after all.

Hands up, she'd resume a typical boxer-esque pose, with her legs in firm stance as she began to circle the girl. The tactics were simple. Slow her down. If that failed? Piss her off, so that she'd be more prone to rash decisions. Decisions that would make her struggle against Diana, never mind the massive ebony woman behind her.

Closing the distance, she opted to pull a 'come' motion with her closer hand, seeing if she could taunt the blonde into testing her defence.

Amy watched as Diana silently prepared herself, getting into her stance and moving in before waiting, even beckoning her to get closer to her to start things off. Amy had no problem doing just that, she just needed to get the early advantage, as much as she wanted to have her fun she also needed to watch out for the larger issue behind her.

Closing the distance between them until they were both in the center of the ring, Amy had her hands up in case Diana started swinging first and once she closed the distance she would take the first swing by sending a jab aimed at her head and follwoing it up with a kick at her side.
_________________
Chelsea Loski
Kyoko Akan
Amy Evans
Sheena Akan

The Italians taunt succeeded in bringing the blonde in swinging, rather than herself throw the first strike and open herself up to a counter. Rather, Amy had done such, albeit Diana wasn't too interested in taking an opportunity to counter the moment such a chance presented itself. She was playing the long game after all.

Hands high, with keen amateur-boxing instincts at the ready, a swing for her head would somewhat flow past Diana's head as the Italian moved her upper body backwards. Her kick would gain somewhat more success, connecting neatly to Diana's firm thigh, causing a mild grunt. She suspected Amy knew the kick itself wouldn't set her up for a follow up; this was the first contact of the match after all.

In further attempt to piss the blonde off, and continue her somewhat signature mind games with Amy herself, she'd merely extend a hand quickly, aiming to push the blonde's forehead in a patronizing manner, before bringing it back to her full guard, as ever unable to stop herself verbally goading the beauty.