Trent is renowned for his lightning fast kicks, said to be that powerful it could cause temporary injury to an opponent, so it is his preferred striking style. He is also known for his counters, in most cases being able to find his way out of an attack, hold or throw and turn it into a counter-attack of his own. Usually tends to go for strikes or counters but will occasionally pull out the odd hip toss or arm drag. His only problem is that over time as his endurance starts to weaken, he finds it more and more tougher to properly time his counters.

Strike Rush: Trent goes for a flurry of quick slaps and strikes to the opponent's face and midsection, before finishing it off with an Enziguiri.

Death Blossoms: Trent has his opponent set up on his knee in the centre of the ring whilst he readies himself in the corner, before charging forward and hitting a superkick straight to the face.

Frankensteiner: Trent will set his opponent on the top turnbuckle and climb up with him, before jumping and in mid-flight, wrap his thighs around the opponent's head to flip them off and spike them head/shoulders first onto the mat. 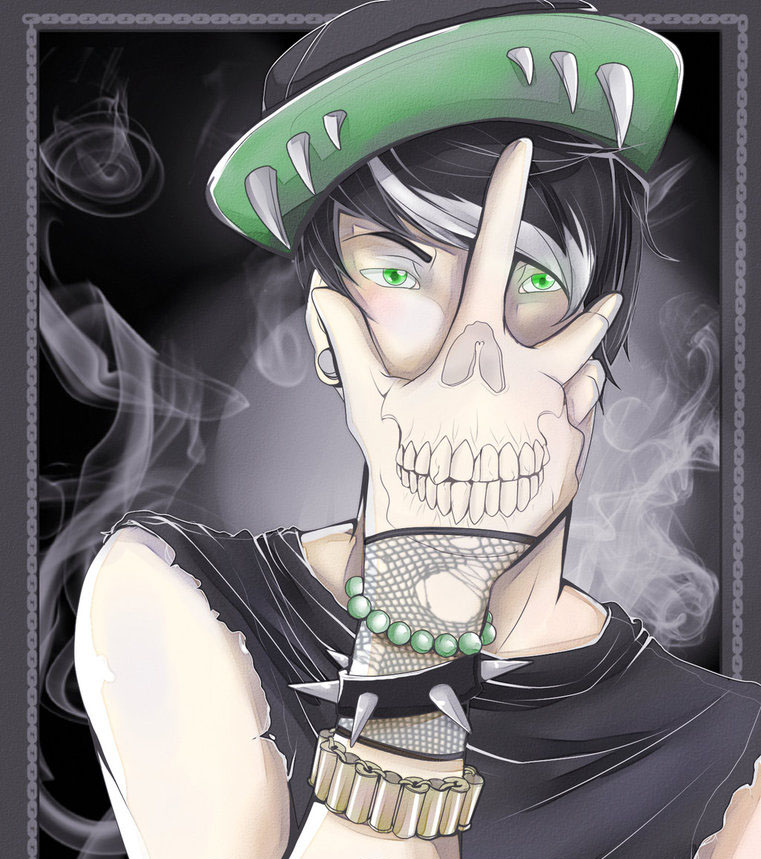 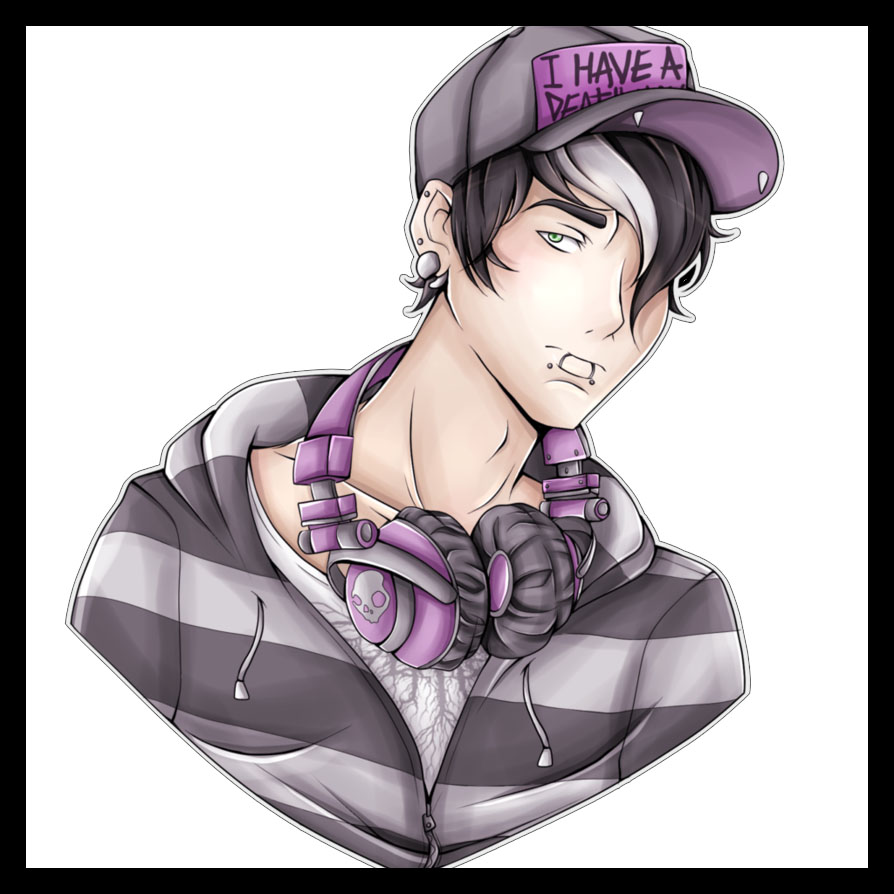 His clothing style helps reflect his personality as it is pretty monotone, usually opting for black or other dark colours, complete with headphones around his neck and his trademark caps on his head. He has his very unique physical appearance of various piercings, tattoos (his personal favourite being the partial skull detailed onto his hand, which he tends to pose in front of his face) and even dyed part of his hair white to add to the look. In the ring he tends to either wear a black ripped vest top or just go completely shirtless, combined with ripped purple/green jeans and matching shoes. He also wears fishnet wrist accessories and bracelets to further add to the look.

When it comes to personality in the ring he prefers to be very quiet, speaking minimal words if any at all. People say he is hard to figure out due to never being able to guess what's on his mind, which he tends to use as an advantage.

His sexual side is as much a mystery to everyone as the rest of his personality. In truth he had barely done anything sexual with another person, but there indeed is a sexual side to him, he just prefers to keep it to himself...unless the right person manages to tip him onto that point, in which case he tends to try and surprise his opponent with his sexual approaches.

The best way to describe Trent is mysterious. He grew up in Ontario, Canada with a relatively rural family, and never bothered to make friends throughout his childhood and teenage years. He has always found it hard to express his emotions because of his upbringing, in which it was known he always kept to himself in his room whenever he was home and, being the youngest of four siblings, found it hard to socialise with any of his family, and always found himself being picked on at school for his alternative nature, so he would always take his headphones with him, and let the music take him away from all the drama.

He is a man of few words, and has very rarely spoken to anyone to the point that getting a full conversation out of him would be considered a miracle. As he developed into being an adult he would usually be found in the emo scene, hanging around quietly and keeping to himself, but somewhat found himself at home with people of similar stories.

The hidden truth for Trent is is that he's a man longing for love, sure he had the usual guy/girl going for him at the club but that was usually due to his style and appearance. He feels like no one has ever truly loved or accepted him for who he is, and longs for the day when someone could.

Trent would seem like the last sort of person you would find in the AFW but the truth is, growing up around his siblings, one of them was an avid wrestling fan and so Trent would always find that topic in his head growing up around the house. As he got older he became more and more attracted to the idea of becoming one himself, he viewed it as a possible way of letting out the anger inside him, but also to experience other people and train himself to become even better. So with that idea in mind he trained to become one once he reached 18, especially becoming proficient in his kicks and striking abilities, and after the few months of training, came to the AFW, looking to see what could be in store for him, who knows, maybe the AFW could bring out more of his hidden personality?

He is a bisexual and has no problem facing man or woman, regardless of the match type.

Trent Wilson finally makes his debut, going up against the woman known as "Starlight", Tabitha Aimes!