» Lydia Donelle The Serpetine Seducer
by Bare Yesterday at 2:50 pm

» To Wrangle a Reaper: Maria Castillo vs Liz Page
by SleeperAgent94 Yesterday at 11:40 am

Preferred moves: Varies on her whims.

The Killing Joke: Bearhug lifted into a Spinebuster.

Laugh Out Loudest: A Swinging Reverse STO, usually preceeded by a kiss with her opponent leaning back over her knee and usually followed up with a Mandible Claw.

Mandible Claw: Shoving her index and middle fingers into her opponent's mouth, Alexia squeezes on the nerve point hidden underneath the tongue with her two fingers inside the mouth and the thumb clawing at the bottom of the jaw. 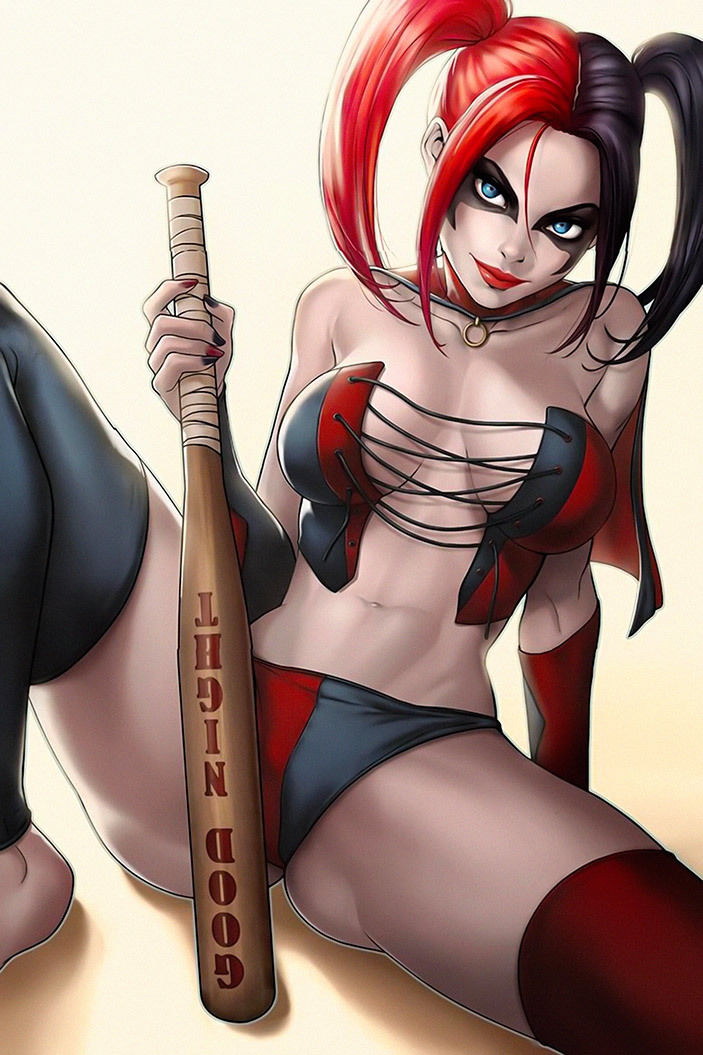 Personality: Alexia has no sense of danger, only a sense of fun. She loves getting into fights just for thrills and the harder her opponent hits her, the more eager she is to continue fighting. In fact, her favorite way to greet someone who she thinks is a great fight, she goes up to that woman, look her dead in the eye and punch her square in the jaw with a smile on her face. With her life filled with much hardships, the twin colored haired fighter has found the joy in the most savage of ways and hasn’t looked back since. Alexia doesn’t harbor much ill feelings towards any woman who stands across of her in a ring or any other area of combat and in fact thanks them for joining her in her special blend of fun.

Because she revolves her world around fighting, there are next to no fight that she backs down from, even in stipulations that she has never been a part of she is willing to charge head long into the unknown if there is the slightest notion of a fight. With no sense of danger, Alexia also has no sense of modesty or decency, feeling that what she wears or not has no effect on the fight and rightfully believes that it shouldn’t.

She has been described as crazy by many girls she has fought and by people who claim to know her and she doesn’t give a single damn about the things that are said about her. Because all she cares about is how hard she punches and how hard she is punched back. She does not consider fighting a game, because that would imply that she wants to win. Instead she views it as a hobby and with all hobbies, she just wants to have fun.

Background: Alexia did not have the best of upbringings all the way up to high school. Having a dysfunctional family, she did not like staying home and found herself staying out late in order to stay away from the miserable life that awaited for her in her own home. At first she was full of hate towards the world, blaming it for all of her troubles and soon found herself getting into fights with anyone who ticked her off in the slightest of ways. She didn’t know when, but at some point in this turbulent times she actually found herself enjoying the wild brawls she found herself in. Eventually, she started to fight just for the sake of it. Her special way of escaping the world at first and then got to the point where it became second nature to her. She couldn’t imagine her life without fighting.

She stopped going to high school all together right before her graduation and ran away from home, no longer needing the negative that was in her household and took to the streets. She figured a pretty girl like herself could find work somewhere that suited her special set of skills. With that criteria, Alexia found herself frequently ending up in women fight clubs. She participated in many forms of fighting, ranging from topless bare knuckle fights, mud wrestling, really hardcore fights, and the most popular sexfights. She found the brawls to be the most entertaining and the other ones were neat distractions that were fun in their own way. Her reckless personality and perceived exhibitionist nature (due to her negligence to care about if she showed too much skin or not) Alexia became popular in the clubs and circles that she fought with, which meant she had no shortage of women to fight against.

She loved every second of it, any woman who stood across of her she fought with everything she had and expected them to do the same. She rose and fall, she didn’t care she just wanted to fight. But eventually came a time where no other woman wanted to fight her because of her reckless style. This scared her deeply, she didn’t want the fighting to end, she didn’t want her fun to end!

So she decided to pack her bags and head to the extremely popular AFW across the Pacific in Japan. Surely she was never going to stop fighting in a league with beautiful women right?
_________________
COME HERE FOR THE COLLECTION