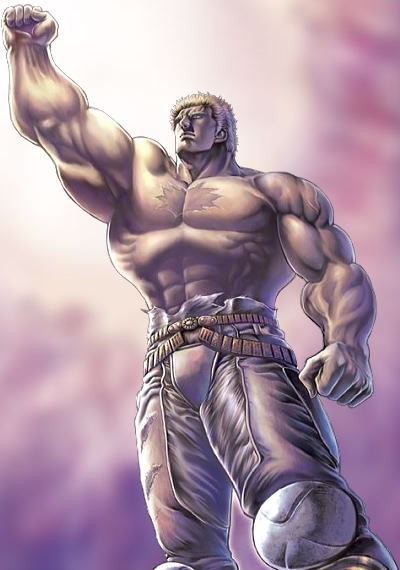 After bit rough and bad start Ivan regained his confidence by completly destroying his opponent in second match. And now it was time for his next challenge: it's the guy called Raiden. And that's all he know about him. But one thing he knew for sure. Due to his size and muscles the worse case scenario is probably equal match-up.

His theme music kicked in and he appeared at the end of the aisle. As soon as crowd noticed him he got welcomed with lot of boo's and hate. Many were aware of his previos action and this was the consequence. But it didn't really bother; in fact he was quite enjoying it. Big Russian slowly walked down toward the ring, ignoring everyone around him.

He moved toward the center once he entered the ring and start waiting for his opponent. He cracked his knuckles and eagerly look toward the entrance to see how does his today's opponent look like.
_________________
My wrestlers
Quick pick: | Ralph | Ivan | Joe | Juni | Valentyna | Alma | Diabolica | Dajana |

Raiden had no idea what he was in for. Even hearing the boos and general jeering, he found himself at a loss. All he knew was that his name was Ivan, and that this was a hardcore match -- meaning he could easily find himself in a really bad place, really fast. He had to move quickly, no matter what. When he was called up, he walked out -- and froze for a second.

Jesus, that guy was fucking humongous. "Big Russian" really barely put a finger on it; he was an enormous guy, and he nearly had a foot on Raiden. Going fast and ducking out quick was really the only way he could play this. Finally, he started down the aisle once more, managing to get a lot of cheering -- either because they hated Ivan or because they loved Raiden was anyone's guess. He just hoped he didn't miss his cue too badly because of the minor freeze up.

He slipped into the ring, pumping his hand and riling the audience up a bit. He couldn't show fear -- that was the worst thing he could do. He just moved to stand across from Ivan, looking all the way up to meet his gaze, his hands at his sides and hoping to come off as almost slightly bored by Ivan's appearance as he waited for the bell. What was that saying again? The bigger they are, the harder they fall?
_________________

Ivan grinned after seeing that he's indeed bigger than his opponent. Raiden still looked confident thought, but Ivan wasn't too worried about that. He just patiently waited in ring and already making all the possible plans he could perform in tonight's match. he saw that Raiden was waiting for bell ring, but Ivan had a different plans.

before official begining of the match, Ivan already charged forward with extended arm, trying to knock his opponent down on canvas with clothesline. Soon after they met, bell began rining and match was on.
_________________
My wrestlers
Quick pick: | Ralph | Ivan | Joe | Juni | Valentyna | Alma | Diabolica | Dajana |

Of course, Raiden wasn't expecting the man to attack him before the bell rang -- he'd met his fair share of heels, but not one of them attacked him like this. But there Ivan was, charging at him like a mad bull. Before Raiden could even properly react, that arm slammed into his head, knocking him onto the canvas with a loud groan. Soon, the bell rang, which Raiden wasn't even sure wasn't just the ringing of his own ears from the blow.

He moved suddenly, trying to roll away. He couldn't remain in one place; Ivan would just hit him again, and he couldn't take too many hits from that giant Russian wrestler. Even with all of his jobber experience, he had his own limits, and he had to get away before Ivan could begin a combo on him.
_________________

Ivan grinned, but didn't say a word to Raiden. Referee could scream and warn him as much as he wanted too that this was illegal move, but both of them knew that nothing will happen. But soon after Ivan knocked down his opponent he experienced what is happening in almost every battle.

Ivan squated and reached toward Raiden to pick him up, but he was too slow. Raiden was already rolling away to safe distance before he could grab his arm, hair or anything else. Ivan just grunted angrily and straightened up again. Well at least he got an early advantage before they'll officially "start" fighting. He walked straight toward the Raiden with arms raised, inviting him for a lock-up.
_________________
My wrestlers
Quick pick: | Ralph | Ivan | Joe | Juni | Valentyna | Alma | Diabolica | Dajana |

All right, it was good to know -- Ivan was playing this for keeps. Fine, Raiden would be able to work with that. Maybe. He hadn't been in many hardcore matches, and especially not against big heels like Ivan. He would just have to be on the top of his game, if he wanted to come out of this alive, let alone with a win.

Thankfully, the man was slow. He realized that as he managed to dart away with that roll, springing back up to his feet in time to watch Ivan grunt angrily and straighten up. He did manage to get the upper hand, but Raiden learned a few very important things about his opponent. Number one being not to go for the lock up. He moved forward, holding out his arms -- before moving to dart down, hoping to land a few punches into his opponent before trying to go around him, so he could face his back.
_________________

Ivan should have know better that Raiden will probably try something else than lock-up. Difference in height and weight was pretty obvious and it would be suicadal for Raiden to attempt anything like that. He received few punches in his body, but they were merely a scratch for Big Russian, since he was still pretty fresh.

Still, Raiden managed to get away and move behind Ivan's back before Russian could respond with punch of his own. Ivan knew that Raiden couldn't be too far away from him, so he decided to try with a blind attempt. He shoot his arm backward, trying to surprise his opponent with a punch to his face.
_________________
My wrestlers
Quick pick: | Ralph | Ivan | Joe | Juni | Valentyna | Alma | Diabolica | Dajana |

Suicidal was putting it nicely. There was no way that Raiden would go for a strength-based lock up with Ivan. He would be crushed, possibly literally. No, he had to work a little bit harder if he wanted to win this, or at least get out of it alive. The punches didn't seem to do much work, but it was more of a test of speed anyway.

He managed to get behind him, about to jump onto the ropes so he could bounce up and onto the Russian's back. But as he was moving to jump up, that arm shot backwards and he was punched straight in the face, knocking him flat onto his back in an instant, nearly blacking him out.
_________________

Ivan got pretty lucky this time. Blind attempt payed off and it didn't only hit the Raiden, but it even knocked him down on the canvas. Before he even managed to turn around he heard to sound of body falling down. That's one way to slow him down. When he finally turned around, he looked down at him and saw kinda blank expression on his face.

It was pretty brutal start for Raiden and Ivan will do everything he can to make it even worse. He grabed his opponent and lift him up while walking toward the ropes. He'd grin and attempt to throw Raiden out of the ring.
_________________
My wrestlers
Quick pick: | Ralph | Ivan | Joe | Juni | Valentyna | Alma | Diabolica | Dajana |

Shit, that hurt really badly. Okay, note to self -- don't let Ivan hit you. Raiden couldn't help but groan on the canvas as he tried to recover from the punch that felt like a truck hit him and that surely wasn't even the worst that Ivan could do. He had to be careful of this man, or else things might end up going from bad to worse in an instant.

Apparently, that instant was going to happen very soon, if not at that very moment. Ivan grabbed him easily and lifted him up, easily tossing him outside of the ring as if he were a bag of feathers. Raiden let out a loud yelp as he collided with the pavement, groaning as he began to try and stand up. But he was in massive amounts of pain; any standing was going to take a while to happen.
_________________