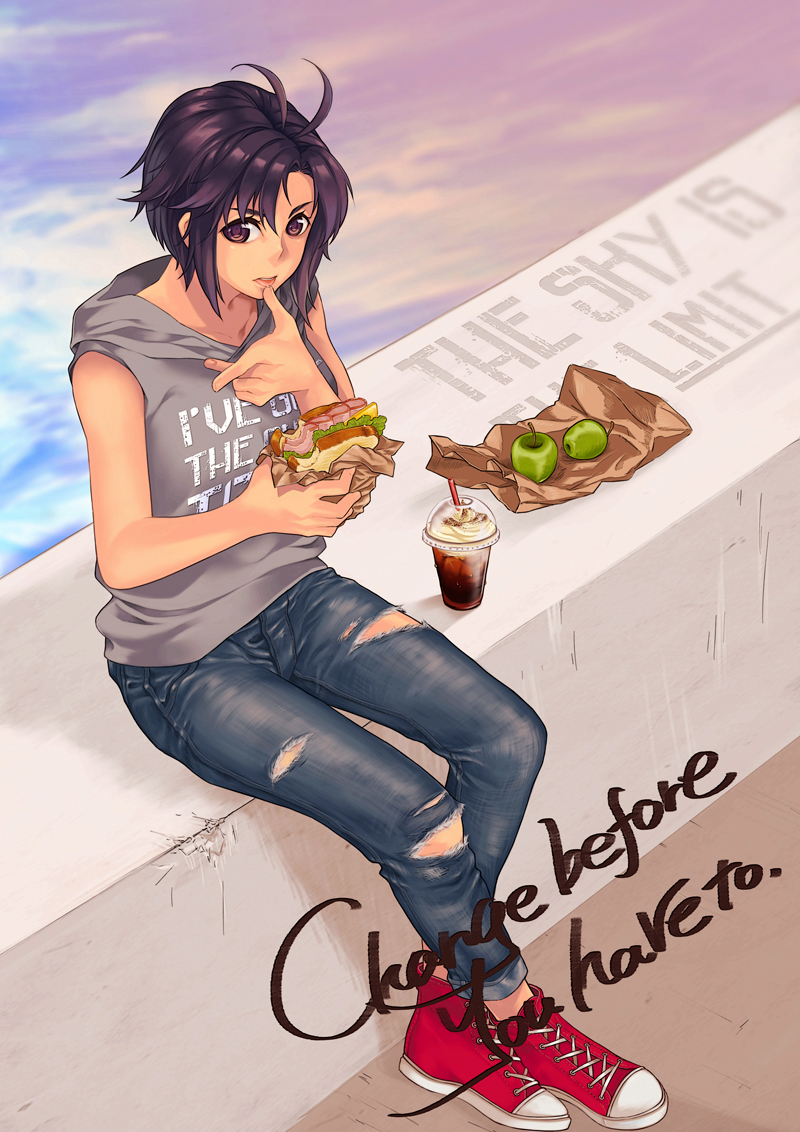 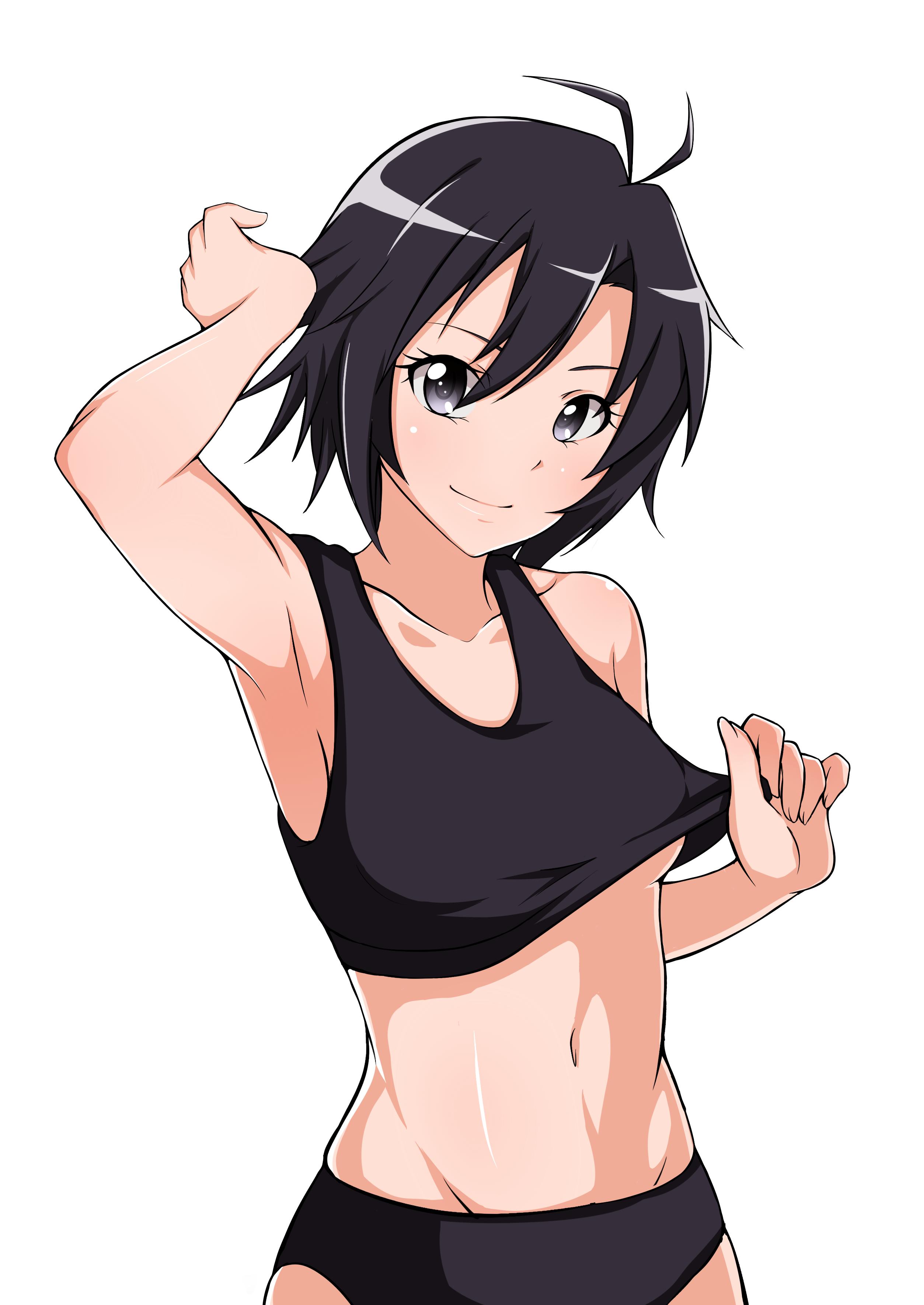 Personality:
Trixie is very calm and laid back tomboy but highly apathetic, her friends always assumed she was a pothead because of her lazy demeanor and somewhat slow manner of speech. She's almost completely carefree and doesn't seem to worry about much at all in her life, often taking what ever life gives her and rolling with it without too much thought at all. Her sexuality stems from her laid back nature as well, never really finding herself attracted to anyone in particular, but sometimes going along with someone's advances if she's in the mood. She never has romantic attachments though because she is so distant. Never bothering to visit or call anyone who wishes to build a relationship with her, instead she simply remains apathetic. Skating is all she needs, it's her escapism and she feels it is the best way for her to express herself. That being said, she likes to showoff from time to time but isn't obnoxious about it at all. She remains stoic even she's excited about something.

Though her apathy tends to make her seem cold at times, she can be a caring person to an extent. While not exactly guarded, she simply has no desire to establish a connection with anyone, that however does not prevent her from helping out those in serious need if she feels like sparing a moment. Or if her cooperation is forced upon her. She's pretty easy to convince and can be easily persuaded to do quite a few things without much hesitation or trouble. She doesn't exactly fear repercussions.

And while she appears to be a withdrawn girl who is very reclusive, she is in fact rather open about her life. she's just... Really, Really Calm. And although she's tomboy, she has a girly side that she'll be reluctant to show. she likes dresses, cooking and even arts and craft, but most of all, she loves all things cute and adorable. She'll just never show anyone these things.


History:
Daughter to an American Man and a Japanese Woman, Akina Thomas had a very normal life in a normal little suburb in a normal little town. She was a quite girl who enjoyed drawing and watching cartoons and even American Pro Wrestling! She got decent grades in school and always did what she was told, not because she had to, but because she just never cared. Her Teachers always had worries about Akina due to how quiet she was, but a few visits to child psychologists determined that Akina was just...  A quiet girl with a probably above average IQ for her age despite her grades never going above a B+. So for several years this average little girl did little but go to school, come home, do her homework, watch cartoons, eat dinner, sleep and whatever normal things an adolescent child would do, just a lot more calmer and quiter with no visible enthusiasm at all.

But by the age of 13, Akina's life was forever changed when she discovered skateboarding after watching a couple kids at her school skating around one Saturday afternoon. Akina realized she wanted to do the same. So with some saved up birthday money that she had never bothered spend since her 5th birthday, Akina bought a board and went to try it out on her sidewalk... She fell and busted her lip on the pavement within seconds. Akina kept going though, spending all her freetime trying to skate properly. Years eventually passed and by the time she was 16, her family had moved from San Diego to Tokyo,  where she was out in the streets skating, skipping school because she missed home and didn't quite fit in with other japanese girls and no interest with them anyway.

She found solace in two things, skating and watching live wrestling matches that were all over the city. She already loved the freedom of skating, but the excitement of combat that came from wrestling truly inspired her, to the point where she told herself, that she could easily do the same. And School wasn't going to help her with Skating or fighting.

Having been held back a year, Akina reached the age of Eighteen her second senior year of high school and decided to drop out. Immediately moving out of her parents house and signing up for AFW as a rookie with no training. Now with nothing to her name, Akina was given room and board but also her freedom. No longer held down by her parents and the stupidity of education, Akina was free to chase after what she loved most. Skating and Fighting as Trixie Lasek

Fun Facts:
She borrowed her ring name from Bucky Lasek
Is still a virgin
Has never been with a guy or even a girl. Gender doesnt mean much to her. She just hasn't met anyone that intrests her.

Losses:
Vs. Yuu Abe via Pinfall.