Alignment: Egotistical face: Feruza is proud to be Uzbek, and flaunts it at every opportunity, which makes her come off as annoying and egotistical. Whilst she does have a big ego, she tries to make as many friends as she can. Having lots of foreign friends makes her feel good about herself. And when those friends stick to her, she'll trust them completely. She may be a tad naïve.

Style: Kurash: Kurash is a style of wrestling from Uzbekistan which involves solely throws and legs sweeps. It's very in-your-face, and so is she during matches. She'll get into her stance, and try to grab any vulnerable spots that she can see as soon as she sees them. Of course, whilst this strategy works in kurash, it may not work as well in pro wrestling. She's been doing kurash her whole life, even in elementary school, when she would play kurash with her brother. She is a bit of a celebrity in her small home town for her kurash prowess, although she is inexperienced in other styles of wrestling.

Preferred match type: As much as Feruza loves kurash, she realizes that there will probably be no opportunities to practice it in AFW. She prefers standard matches.

Finishing move: "Orqaga to'sar" A cobra clutch backbreaker, in which Feruza wraps her arms around the recipient's upper body, lifts them up, slams them down onto her knee, and lets them fall off, vulnerable for a pin. 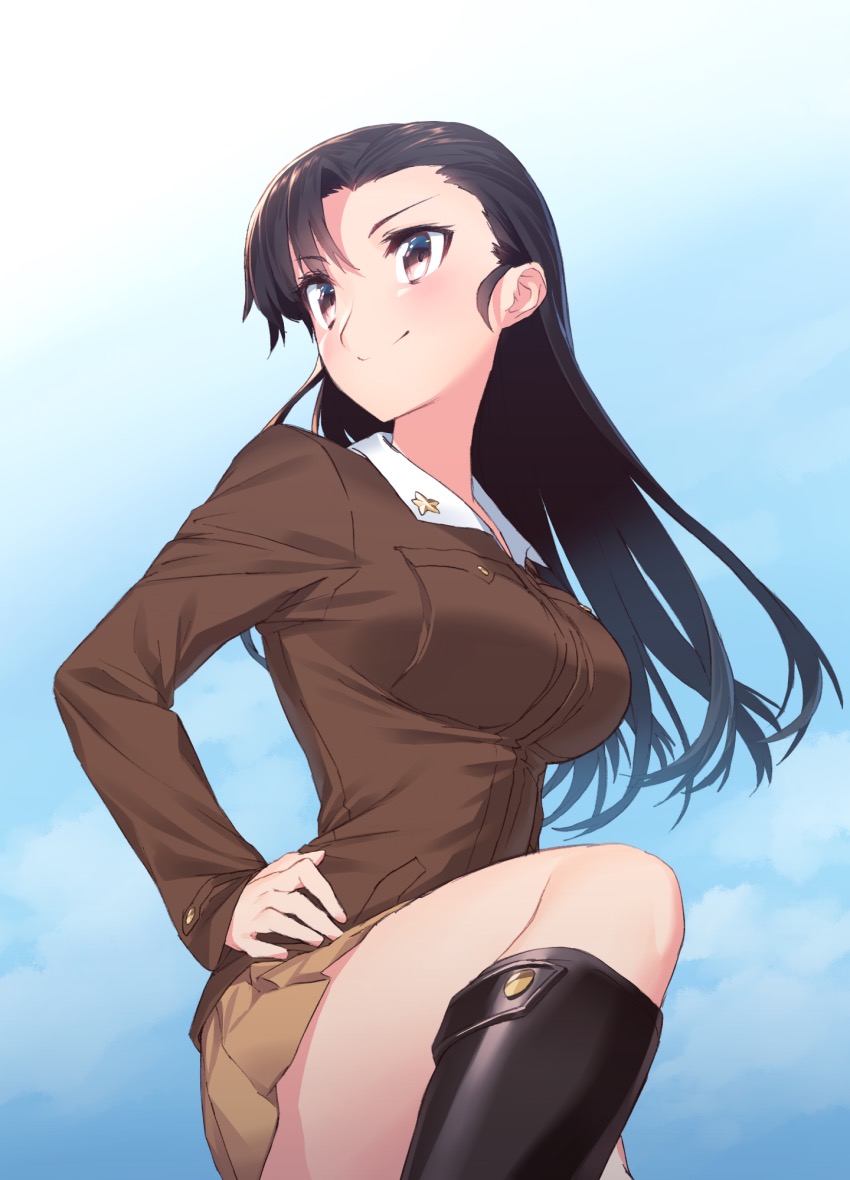 Swimsuit Attire:
You thought that there would be pictures, didn't you?

Sorry, I made my own design. Feruza's swimsuit, rarely worn, consists of a terry skirt with a traditional Uzbek pattern on it, and a normal bikini top with the Uzbek tricolor, plus thin red borders bewteen the stripes.

Personality: She is a kind yet egotistical patriot. Her love for her friends is trumped only by her love for her country and herself, in that order. She may come off as touchy and nationalistic, but she'll try her hardest to make friends, and when she manages to, they're going to be friends forever. She will trust them completely, and expect the same back. She isn't stupid, however, and will be hesitant to speak to anybody she sees as suspicious.

Biography: Feruza was born in the Uzbek Soviet Socialist Republic on March 5, 1990. Her birthplace was the tiny town of Uchtepa, in the middle of a rather remote desert in North-Central Uzbekistan. Her birthplace explains her cute accent. She was raised in a harsh desert, which molded her personality and body into what it is today. She's tough, resilient, and willing to make any friends that she can get. However, her early life wasn't that bad. Her brother and family were caring and kind, which gave her her softer side. Her family also gave her her love of wrestling. In Uzbekistan, one of the most popular sports is kurash, a traditional form of wrestling dating back to at least 4,000 years ago. Since there was little to do in the desert after the day was done, she would playfully wrestle her brother, who taught her kurash. She eventually overtook him in skill, and her parents saw her talent early. They put her in the local middle school's kurash program, where she found herself easily winning most matches. Her success continued into high school, where she became undisputed champion, even taking on and winning some matches against men. Her success prompted her entrance into AFW after she found herself unable to get into any colleges. She figured that kurash was wrestling, how much different could pro wrestling be?

Feruza stress-eats when she feels ashamed in herself, which just makes her feel more ashamed afterwards. It's a bad habit, and you'd think being raised in the desert would make you eat a lot less, which is correct. The habit developed only recently, since there does seem to be an abundance of food in Japan.

What do you look for in a partner?
"My partners have to be nice people. Being very sexy helps, yes, but above all has to be kind to me. Gah, that is such boring answer. My partner have to be willing to fight me. What is love without little bit of violence?"

What is living in Japan like?
"Living in Tokyo is very strange. Is so much different than Uchkaluch. In Uchkaluch, everybody knew everybody. I could look at any person and tell you name of theirs. Tokyo is biggest place I have ever seen. I see new person every second. Is even bigger than Tashkent, which I thought was biggest place in world when I was a child."

Cats or dogs?
"Dogs. Cats are so secluded. They are cute, yes, but so boring. I like dog. Dogs are happy all of the time, and love seeing you when you get home. If there was person who had personality like dog, I would date."

What is your favorite band?
"Is Uzbek metal band, Z-Bek. I know, I do not look like metalhead, I just like sound of heavy guitar. Is that crime? 'Oh no, beautiful girl is like metal!'"

What is your favorite food?
"Tandir kabob. Is so good. I love mutton. Even if it is sad killing cute sheeps, they are taste too good to stay live. Sorry sheeps."


Friends:
Aiko Hana
"She is tough. Is very fun to fight with."

Ruby Hikari
"Such sweet, small, innocent girl. I also helping to train her."

Foes:
Crimson Viper
"Hate. I hate her. She insulted and embarrassed me. She is a rude, dirty wh—"