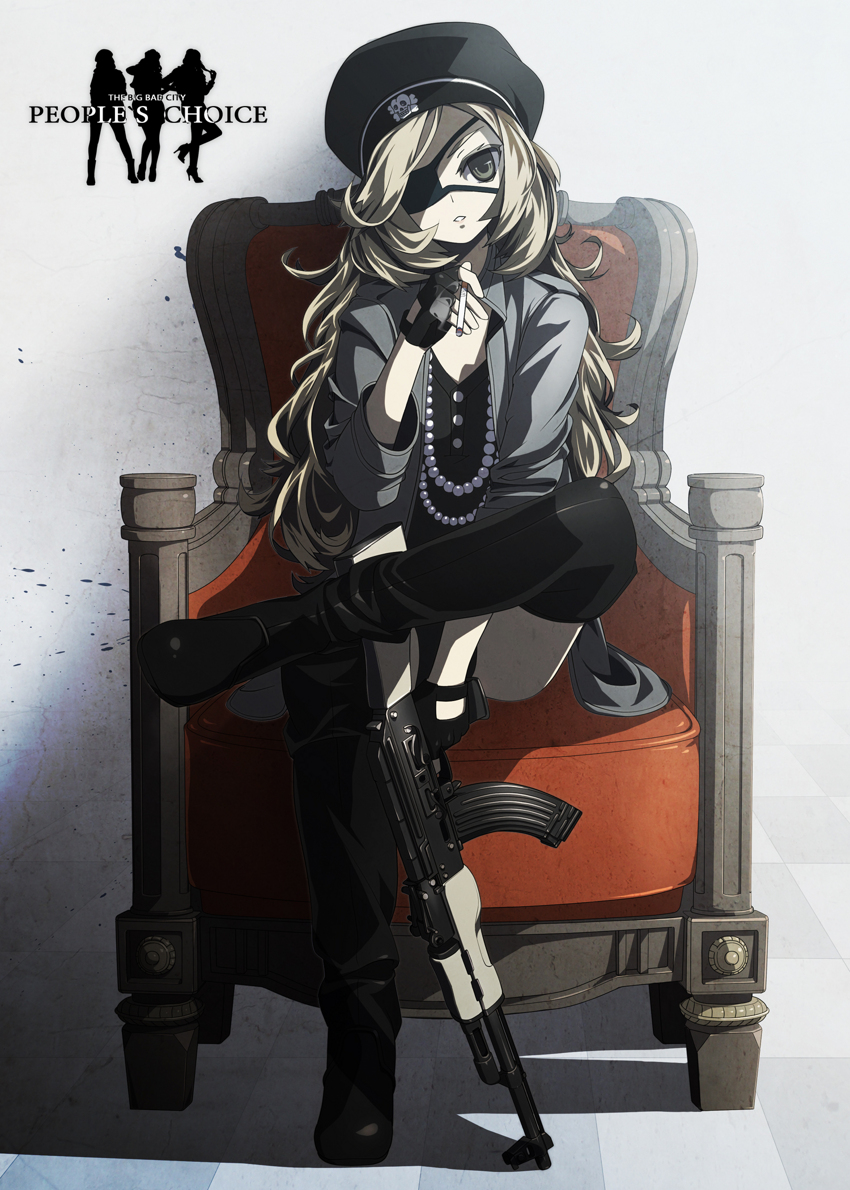 Nabijah is brave, has a strong sense of honor and is very commanding. She's willing to lay everything down on the line to accomplish her mission and her personal goals, the only exception to this however is her comrades. She will always put her allies above everything else and lives heavily by a 'No Man Left Behind' rule. She's loyal and has a strong sense of honor but will do whatever necessary to complete her mission, except leaving someone behind.

Her extreme drive to succeed however can drive her to be a bit demented when she's in charge of things. Often going overboard when she needs to remain calm and collected. She tries not to be too rash even she loses it but she rarely holds back and tries to do do everything with her best foot forward, even if its too much.

Off the field, she's easy going and friendly. When in command, she isn't too stern, but she knows what her comrades are expected to do and knows they will live up to her orders, she can certaintly be stern when she needs to be. But prefers to take things easy.

The story of Nabijah Sears begins with her Father, John Sears.

John Sears was a Vietnam veteran referred to simply as 'The Major' by his comrades, who went on to form his own Private Military Company, Scary Monsters. It wasn't long before Scary Monsters was eventually contracted by the U.S. Government to covertly provide covertly aid The Mujahideen against The Soviets. It was there that John met and fell in love with an Afghan woman, they soon married and produced a child, Nabijah.

After years of conflict, The Soviets finally withdrew. But in doing so, The Afghan civil war resumed and The Major immediately took his family, his crew, along with several members of The Mujahideen with him to Angola after Scary Monsters was contracted to aid The National Union for the Total Independence of Angola against The MPLA.

Although Nabijah was born in Kabul, she was primarily raised in Angola and would (despite the protests of her mother) accompany her father on his more 'safer' operations when she was very young. Nabijah idolized her father and wanted to be just like him. She was a very brave child despite her young age, feeling comfortable around hardened soldiers and heavy weapons, she'd watch her father deploy himself into enemy territory to rescue POW's and child soldiers, often recruiting them into The Scary Monsters PMC, who's members looked to The Major with as much respect and admiration as Nabijah did.

As a child, she learned everything she could about being a solider. She learned how to lead and command operations, how to follow orders, how to conceal herself, how to live off the land, how to shoot, how to survive a war and how to wage it. Nabijah's only flaw during her teenage years was that she was pretty spoiled by her comrades. Being The Major's daughter, even when she became of age, was weighed upon hand and foot by the boys of Scary Monsters and no man ever dared to court the daughter of The Major, who tried to raise her as more of a leader than a soldier and when it came down to operations, Nabijah was kept away from the more dangerous missions by her father. For many years, the only 'combat action' she ever had were simulations, wargames and other training exercises but with her Dad was in charge of all Scary Monster operations, Nabijah's field missions were usually the safest. For a time Nabijah didn't mind, but as the years passed, she began to realize that she was not the soldier she wanted to be and if she wanted to lead Scary Monsters one day, she had to earn the respect of her comrades by truly becoming their equal and not catered to.

Without her father's permission, she snuck aboard a Scary Monsters helicopter and joined her comrades in a mission to take down an Colombian warlord known for taking child soldiers. Nabijah excelled in her mission and her team managed to reach the warlord, but during the initial gunfight, a ricocheted bullet struck Nabijah in the eye, blinding her just seconds before her team took the warlord down. Nabijah took in three boys from that mission and brought them home with her to meet her father, who swiftly adopted them.

Nabijah was without an eye, but had earned the respect of her comrades and her father. Nabijah went on to accompany the boys of Scary Monsters in operations all over the world, earning the name 'White Mamba' intially as a joke by the natives of Angola who saw her cold nature as both a solider and leader. Nabijah grew to like the name and kept it.

All was well back home, Nabijah had been granted the rank of Major by her father and had given her, her own squad of soldiers but Nabijah wanted more, she wanted to command Scary Monsters itself, she wanted her name to be feared and respected just like her old man's name was, but knew that she had to pull off something big to achieve all that. It was by chance she heard from the Intel boys that the Finnish Soldier known as 'The White Death' or, Valkoinen Simo was hiding in a wrestling league in japan and the Russian Government had a huge reward for her.

Seeing this as a chance to make her own mark on the world, Nabijah gathered up some of her favorite comrades and set off for Japan by helicopter. She's left Angola and is now a few miles south of Tokyo. She's submitted a fake background and joined AFW as a means to sneak into the organization to better find her target.

Fun Facts:
- Her favorite number is 7.
- Has completed over three hundred simulated missions.
- Blasting her music from the chopper.
- Her name roughly translates to "Ambitious, Leader and Brave".