Strategy: Loves to grapple and get close to a rival. Is as comfortable standing as she is on the mat
Style: Pro Wrestler - Sensual (when excited)
Type: Inexperienced but eager.

Twin Moons - Mixing things up, Emily will go for a full body pin and "accidentally" drop her breasts on a victms face for a smother 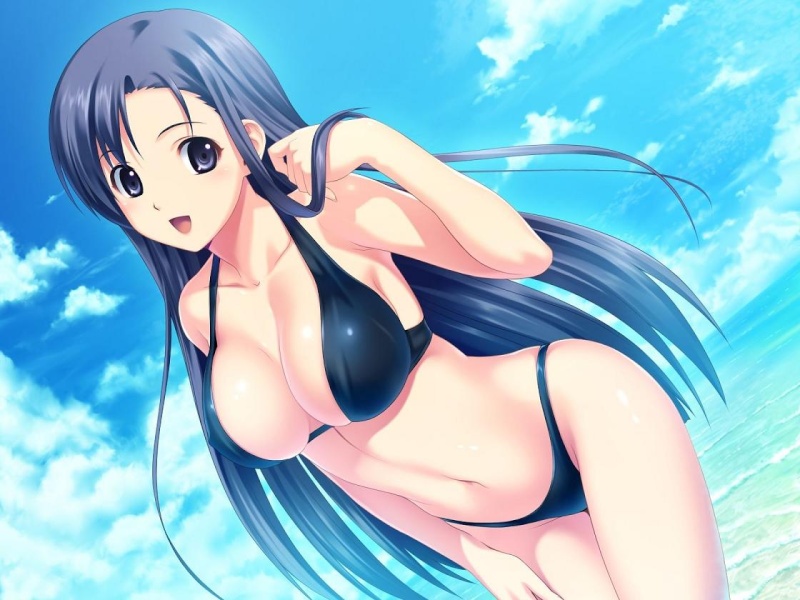 (Let me know if this picture is used)

Personality: Emily is an all round good girl but when pushed she can lose her temper and try riskier and more technical moves, which more often than not means her losing the match as more seasoned and skilled rivals can take advantage of her newbie experience and relative size.

She often apologises for using impact moves and painful holds. This can be used as a tactic, as rivals can pretend to be hurt so Emily forgets she is in a match and is therefore prone to attack. She is more likely to cuddle and nurse a rival in this state than beat them.

Whilst she knows basic wrestling, her ambition leads her into situations that she cannot handle.

She will challenge tag teams by herself as she struggles against her will to win and their physical attributes.

Consequently and somewhat stupidly, she has already picked out a number of AFW girls whom she would like to wrestle.


Past/History: Emily grew up watching old school wrestling on TV and instantly fell in love with it. Despite her father expressly forbidding her to pursue this interest, she left home at 18 to join a wrestling academy.

It is here that she learnt the basics of wrestling. As a student she was average, winning and losing battles equally. This was until she joined a tag team with a girl called Lisa.

Lisa was much bigger and experienced than Emily

One significant moment was when Emily was practicing high risk moves. Whilst attmepting a sunset flip, instead of toppling Lisa over, her longtime friend dropped to her knees and straddled Emily in a front facesit pin ensuring her crotch was rested securly on Emily's face. The rookie wrestler struggled but soon found herself turned on and submissively lay there whilst Lisa dominated her.

This had a profound effect on Emily and this is also where her "accident" complex came into being.


Fun Facts: She loves the smell of vanilla and vanilla perfumes

Question: Hey Emily. So what brought you to the AFW?
Answer: I want to be the best wrestler there is. I want to improve on my skills and I know I can be champion

Question: But arent you worried your lack of experience will be a problem?
Answer: What? Err.. what do you mean? *gets flustered* I trained for many years and have won my fair share of matches. I am able to take any girl down for a pinfall

Question: I see, but what about if they are bigger than you?
Answer: Well... I....  *still flustered* I have my hit list picked out so they better beware! *trying to be defiant*

Question: OK so who is on the list?
Answer: Since you asked, here is "Emily's Hit List"

( OOC: If anybody here care to indulge these matches it would be most welcome )

Question: *struggling to understand the choices* There is a lot of good fighters there, I mean, you know that things in AFW get a bit sensual now and again right?
Answer: Um. Yes? So?

Question: More than often one girl ends up dominated that means they have to tap out from something like a smother or simply lay there and feel humilated while their rival taunts them for the count.... At least half the girls you mentioned here would squash you flat. How do you plan to stop that?
Answer: They do.... I ...know this but I will... Sorry, I have to go!

*Emily rushes away attempting to hide her embarrasment*

https://www.afwrpg.com/t13486-rui-aozaki-vs-emily-star-valentine - Emily takes on Rui in her first match.