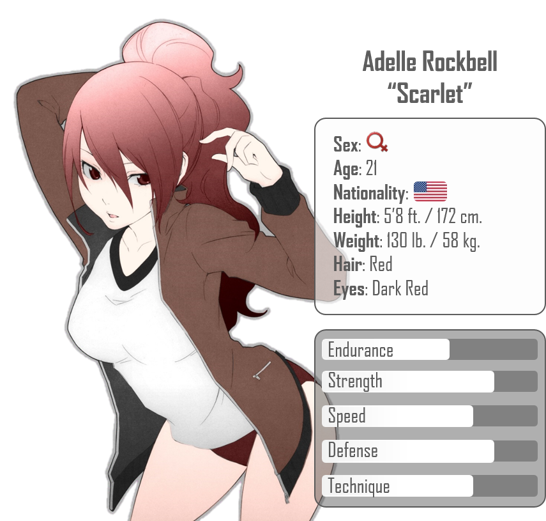 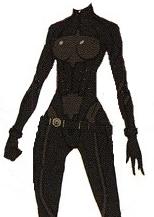 ♦ As a person that enjoys solitude from time to time, she developed her drawing skills. Here's a self-portrait she did: 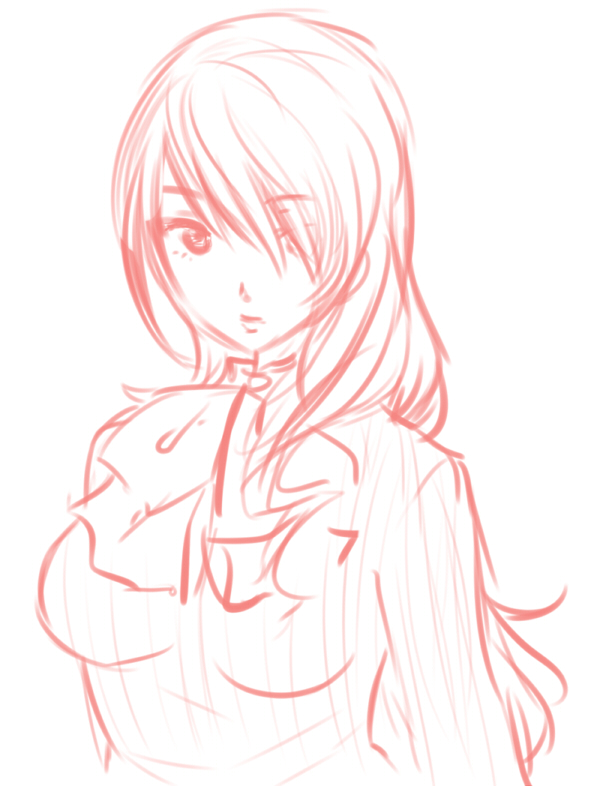 Personality:
"She could be everyone's best friend if she wanted to. She's neither yin nor yang" - Her psychologist.

A very confident and self-reliant person, Adelle is hardly your average girl. She's very intelligent emotionally speaking, able to detect people's personalities quite easily and approach them accordingly. She knows how to manage her emotions and keep herself cool-headed at most situations, helping her keep clear of problems, unless she looks for them. People that know her well have defined her as amorphous, a chameleon, due to how she adapts to whatever social environment she's in to fit perfectly. Thanks to this, she's really good at getting what she wants from people. Don't get her wrong, though. She's not some gold digger or anything, she appreciates people's personalities for what they are. Despite this, it is very hard for others to make her open to them, because unless she's interested in some way, she just won't form a bond of any type.
Her personality translates into her fighting style. Due to her physical prowess, she's very competitive in everything she does. Submission and boxing are probably her two strengths, being those the ones she practives the most, with aerials being her possible weakness just because she hasn't put time into learning them that much, mostly because of no interest from her part. Her counters are quite effective, as she identifies other's styles and tendencies with ease. Definitely a jack of all trades, but master of just some, those she puts her dedication to.
Past/History:
Having being raised by a single mother, Adelle had to learn the hard way to take care of her own from an early age, with her mother working hard day and night to keep them both afloat and barely having any time to spend with her daughter. Adelle however didn't mind this, and during that period of time she developed her personality at a faster pace than the average kid on the block, and while everyone played in the sandbox, she often preferred to read a book in the park.
By the time she was in highschool, she grew a deep interest in physical activities, entering wrestling and boxing clubs. The reason for this was the lack of competition she was feeling on any kind of intellectual activity, and the parity she felt between her and her opponents while inside the ring lit her competitive spirit once again. This didn't last much though, and after a couple years, she was constantly defeating everyone in her sparrings and competitive matches. Soon, she had to look for another challenge, which eventually led to her applying to be a member of the AFW.
Fun facts:
♦ Her real name is Adelaide Rockbell.
♦ She's a bookworm, but doesn't like to admit it.
♦ Her favorite color is red (how shocking!).
♦ Can box in both orthodox and southpaw stances. She's naturally a southpaw, so she uses that one when getting serious.
♦ If she was a pokémon, she would be: