Search
Latest topics
» Catching Up
by HighFly Today at 10:26 am

» Hardcore: Violette vs Persephone (D)
by Serpon Today at 7:02 am

» Unfinished Business: Kogeki, The Demon Yokozuna vs. Aphrodite, The Love of the World
by GreatForce Today at 5:52 am

» Atalante Pallas Vs. Claudia Augusta - Wine Pit Wrestling
by OmegaVan0 Today at 2:13 am

Double Teaming After Dark (for Missingkeys)

Double Teaming After Dark (for Missingkeys) 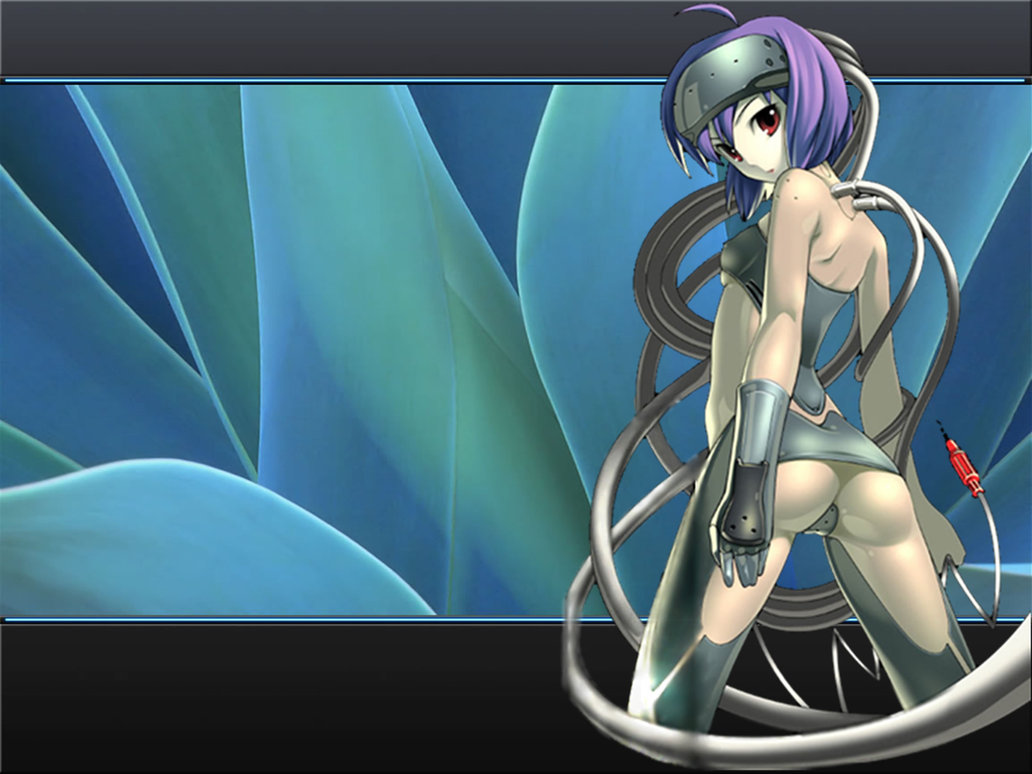 During the middle of the night, after AFW hours of operation, Sally had gotten comfortable with the dark loneliness of the normally bustling stadiums and backstage areas. The place was dark and silent, with nobody to bother her or interrupt the nightly process of charging her batteries and performing small repairs if needed. The equipment rooms were unguarded, save for security cameras that Sally would remotely disable to hide her movements. She wasn’t supposed to be active at night, but it was the only time she had to herself, so she disobeyed the AFW manager’s request on a semi-regular occasion.

Tonight, however, Sally was not safe in the darkened halls and empty buildings that she called home. After all, she shared her role in the Fur and Feathers roster with a lot of other colorful characters, and two of them were skulking through the grounds, just like her. They were not here to enjoy the peace and quiet. Just the opposite: they were looking for people who hadn’t been smart enough to vacate the premises after dark, because it was in the dark that they fed their desires by turning others into their playthings. Now, they were stalking her as she explored the backstage area of the Fur and Feathers stadium, waiting for a chance to “introduce themselves”.

Meanwhile, Sally wandered into one of the dressing rooms and took a seat in front of a large mirror, to gaze at her reflection. The girl wasn't wearing much, just some metal plates that covered her breasts, crotch, and rear end in the shape of a bikini. It was late and no one from the AFW was here, so there was no social pressure to cover up if she was more comfortable in very light wear. She was trying a new hairstyle, having dyed the locks she wore over her metal cranium to a golden-yellow, and had wanted to see the new look for herself.
_________________
Current Status - Expect an inconsistent reply rate over the next few weeks, as I try to make up for lost time and write whenever I have the time to spare.

It was still a surprise to the two of them. However it seems that AFW really had some individuals who were capable of controlling the supernatural. It made things more interesting for people Akeno and Raynare. The two Fallen Angels often had a habit of wandering around backstage looking for people to fight.

Akeno wasn't to surprise to see signs of life hiding in the dark. Even though it was late, she knew that there was always others especially from the FnF department. Most of them were beings of night. So it was easy to pick fights then.

Walking past one of the dressing rooms, she noticed that the lights was on. Without any concern for manners, she just pushed the door open, hoping to scare the person inside. However what she saw caught her and her servant off guard. It was a robotic girl changing inside.

Sally jumped in her seat when the door banged open behind her. Swiveling in her chair, the artificial girl turned around to gaze owlishly at the source of the noise. To her surprise, a normal looking girl stood in the doorway, while another peeked over the shoulder of the first. They looked like regular people; having never seen these two before, Sally didn't suspect that the human forms were only a trick to lull her into a false sense of security.

Standing up, she smiled and walked over to greet the two of them. “Hi, my name is Sally. It's supposed to be past closing here, are you two lost or something?” she asked, attempting to be friendly and helpful.
_________________
Current Status - Expect an inconsistent reply rate over the next few weeks, as I try to make up for lost time and write whenever I have the time to spare.

"Not really." Raynare just shrugged.
Akeno meanwhile eyed Sally from top to bottom before suddenly sighing. This girl was a robot, this meant that she wasn't organic. Even a sadist like her wasn't stupid enough to waste her time with something that can't feel pain. "Bah! Just a machine. Come on Raynare."

Her servant pouted. "True. It's a waste of time fighting a machine. We came here looking for people to fight with, but a machine seems like a waste of time." She agreed as she turned around and prepared to leave.

Sally frowned at the flippant reception that the two strangers gave her. “Actually, I'm an android,” she said with an annoyed grimace, “and I'm capable of feeling everything that humans can. I was designed to be like them, to be pleasing to them, and the ones who created me did a good job of it.”

With that, Sally turned around for a second, before turning back to face the girls again. “Who are you two, anyway, and why are you here?” she asked curiously, wanting to probe the mysterious women's identities. “I thought I was the only one who lived on these grounds.”
_________________
Current Status - Expect an inconsistent reply rate over the next few weeks, as I try to make up for lost time and write whenever I have the time to spare.

"Android huh?" Raynare didn't look very interested in her. "What's the difference? Eitherway, your mostly machine. Not very fun to fight with."
As she turned away however, Akeno gripped her shoulders. "Ara, did you say you could feel everything a human can? In that case, how about a little...sparing? It would be a nice experience to see what a machine can do." She winked at her partner, but making sure that Sally didn't see it.

Sally looked her two visitors over with a somber, uninterested stare. “Thanks for the offer, but I'm not interested. I get enough fighting during the day, and like any other human, I prefer to rest during the night,” the android said. Sitting still in the dressing room's leather chair, Sally waited expectantly for the two unwanted guests to depart and leave her in peace. She had no idea that the two women were predators who might not take “no” for an answer.
_________________
Current Status - Expect an inconsistent reply rate over the next few weeks, as I try to make up for lost time and write whenever I have the time to spare.

"What a shame." Akeno grinned. "You see, the night life is so different from the day time. So many things to see." She said as she slowly walked up to her. "From the looks of it, you don't seem to actually know much about it. How about we show you?"
As she said that, she offered her a hand. In reality though, this was but a trap to get her out.

Somewhere inside Sally's circuits, an alarm was being sounded as Akeno crept toward her and offered to show her around the vacant facilities. She wasn't sure what secrets could be hidden in the depths of the AFW that couldn't be seen during the daytime, and her sensors could tell that Akeno was excited beneath her calm, charming facade. Despite her instincts, Sally eventually accepted Akeno's hand and rose to her feet. “Hmm, alright then. I suppose it wouldn't hurt to walk around a bit. Lead the way.”

Walking toward the door, Sally made to tag along with the two women, not sure of where they planned to venture that night. One way or another, it would make an interesting break from her usual routine.
_________________
Current Status - Expect an inconsistent reply rate over the next few weeks, as I try to make up for lost time and write whenever I have the time to spare.

"Hmm..." Akeno hummed as the sadist/dominatrix woman lead her through the building. "You know, there are special matches that happen here in the night, which is why there are quite a number of girls who tend to remain afterwards. We are quite the fans of such matches."

"The intensity of those make the ones in the day seem tame by comparison." Raynare quickly agreed to it. "For examples, sometimes we can see girls engage in brutal physical and sex fighting afterwards and not just in rings. Why don't we show you an example?" The servant smirked as she lead her alongside her master to the ring.