•All players and all characters must be at least 18 years old. If we find out you are under 18 then you'll be banned. If your character is under 18 then we'll ask you to change their age.

•Don't post on other people's character profiles. If you have a question or comment about someone's character talk to them via PM or VM. Moderators post there for Administration purposes only.

•Respect and treat other members how you would wish to be treated... Also stay away from topics that may offend other members. Use your common sense here: no racism, no sexism etc. You should be able to get along OOC. We are all here for the same thing after all... Fun! Don't start a flame war whether it be via PM or in Discussion. If you have a problem, then come to a Moderator. Don't post things like "Ban Me" unless you want to be banned. We'll oblige you.

•Don't harass people for personal information. Members who are willing to give out their messenger ID's for IM matches or general chat will post them HERE

•No spamming /advertising on this forums, we have a links section on our board:  https://www.afwrpg.com/f34-pics-and-clips for RELEVANT links.

•Don't be a BOT. Bots join and try and spam on random threads and post links to advert and fishing sites in their sigs. These are a nuisance at best and we routinely banish them from the site. We're quick to pull the trigger so try not to act like a bot by posting randomly, having weird signatures with links or reposting bits of threads. In general, just try acting like a human being.

• Don't hotlink pictures. Hotlinking is posting a picture's link directly from the site you found it. It hogs a site's bandwidth and often the link will get taken down, so it benefits you to upload the image, which you can often do even without saving the image to your computer. Find more about that HERE.

•Avatars should be no larger than 150X200 and should not be animated. Large and/or animated avatars are distracting. Also, please keep signature pics to tasteful sizes. People should not be scrolling through a page to get to the next post.

•No powergaming or godmoding. Here this includes controlling someone else's character without permission, calling damage on your opponent... Dodging, blocking and counterattacking all of your opponents attacks, and making your character seem pretty much invincible. It also includes putting in offense in every posts, even in posts that also are selling an opponent's move.

•Though your characters may be very competitive, this RPG itself is completely NON competitive... The idea is not to always have your character win, but to create a living, breathing ropleplay world/community. To this end you are encouraged to discuss, plan out and even agree upon a winner in upcoming matches with whoever you will be playing with (Make sure you do this over PMs, IMs or email as others might want to read your match and not know who's going to win it).

•Write in 3rd person past tense while your in character.

•Do not jump straight into someone else's ongoing RP or match without asking permission first. It may be that the players have something arranged and you could disrupt their plans.

•Keep your character and story line consistent. Don't suddenly turn a jobber into a heel for no good reason, or have your character get injured in one match and immediately rp her in the next match without any injury.

•No Real life characters or Photos of real people as character pics. This is Anime Female Wrestling, so your pic should reflect that as well.

•Making skeleton profiles or making profiles with the intention of simply "holding pics" to deny others from using them is not allowed. "Under construction" Profiles are not allowed. Profiles like this will be deleted after a week if they are not finished.

•Communication is key! I cannot stress this enough. If you're worried about the way a match is going or something that is happening in the match, don't hesitate to (politely) talk to your rp partner. If you're worried about an outcome or how a match/rp will affect a story line, talk it out ahead of time. Even if you and your partner decide you don't want to decide a winner ahead of time, there's nothing wrong with planning out spots or certain moves specifically ahead of time. (Though, planning a winner ahead of time will save a lot of grief.)

•Trust your rp partner. Allow them to take control of the match, knowing that your turn will come. Give them openings to execute moves and they will do the same for you.

•Try to keep your matches below 10 pages in length (with the exception to special case matches like Iron girl, last girl standing etc. And spars that take place in Friction's gym). Between 4-7 Pages is a decent length for a standard match.

•Don't overbook yourself. If you're finding yourself unable to post in all your threads at least once a day (unless special circumstances arise) then you probably have too many matches/threads. If you may not be able to post for a while, inform your rp partner(s) or make a message on the notice board.

http://www.healthchecksystems.com/heightweightchart.htm - For those who might have trouble determining appropriate height and weight, here is a helpful guide!

http://tekeli.li/onomastikon/ - Having trouble naming a character? This link has names from everywhere on the globe, broken down by region, historical context, gender, etc. Best place on the internet for finding the perfect names in my opinion.

http://www.women-wrestling.org/women_wrestling_holds.html - A list of various wrestling holds if you're having some issues, complete with pictures and/or gifs!

https://imgur.com/ - The best image hosting site out there that I know of. One time links given when the pic is hosted, so be careful!

HOW TO PROPERLY LINK IMAGES

HOW TO PROPERLY LINK IMAGES
Here is how to get this on your profile page: http://safebooru.org/index.php?page=post&s=view&id=1358133 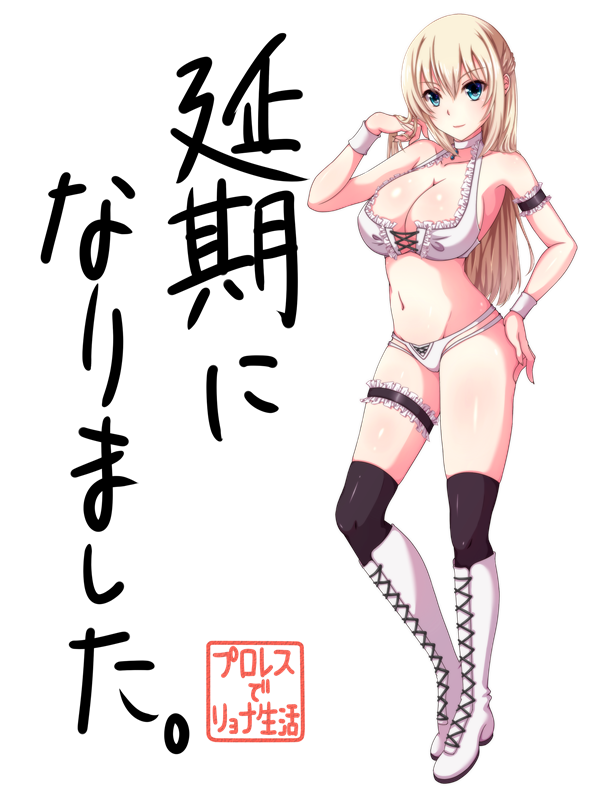 In just a few short steps.

Step 1: Find an image! Any image you want to use for one of your profiles. Chances are you have already completed this step and have a link that looks something like this: http://safebooru.org/index.php?page=post&s=view&id=1358133

Step 2: Find a hosting site! The site you found the pic on does not like direct linking their links to other sites (called hotlinking) and might take the picture down on this site. To avoid that, you need to find ANOTHER site that is specifically designed to host images. I recommend: https://imgur.com/ for safe for work images.

Step 3: Upload! Imgur allows you to upload links directly from the internet, which makes the process a lot easier. Otherwise, you can save the pic directly to your computer and upload it to any hosting site you desire. (NOTE: sometimes you may have to right-click on the image you're looking and click view image and then grab THAT link to upload into imgur) Once you paste the link, click upload and you should be ready to paste the image into your profile!

Step 4: Paste the new image link onto your profile! Usually the hosting site gives you a few link options after you have uploaded your image. You want to choose the link that has the img tag on it. It is basically the link with img brackets on either side. It looks like this:

Some hosting sites (like imgur) allow you to crop, or edit, the size of the image so it's not so bulky. I personally like to keep my images at 500 width. However, if you can't do that or don't want to, you can also wrap your pics in a spoiler tag so that the image doesn't take up a huge chunk on your profile unless someone clicks on it. The spoilers are tags, just like image links and look like this in code (there are quick buttons in the edit menu above the post for spoilers, images and any code you might want to use):

Similar topics
» I've been on this site for four years...
» Hello. Just joined the site.
» MY COMIC SITE
» Site being slow?
» Stepping away from the site