Strategy:  Wearing the opponent down with quick hits before finishing them off with a big hit
Style: Striker
Type: Speed/Striking


Finishing moves:
Triple Kill: He delivers a hard round kick to there stomach doubling them over then another kick to the back of their knees sending them to the ground before sending a vicious side kick to the head knocking them clear out.

Rising Kill: Valyn delivers a few quick body blows before whipping his opponent in to the ropes, as the come back he runs and jumps up hitting them in the head with both of his knees knocking them in to the ground. 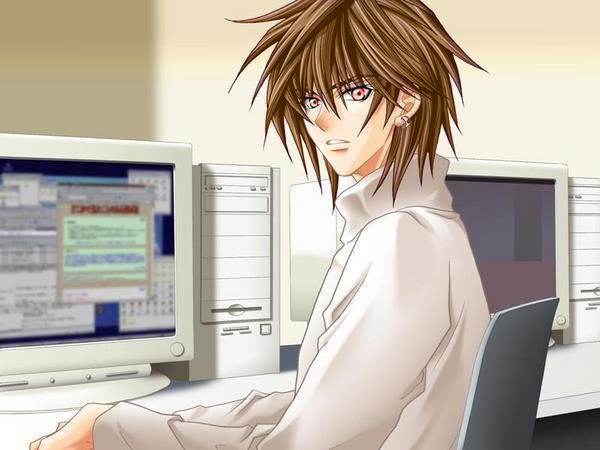 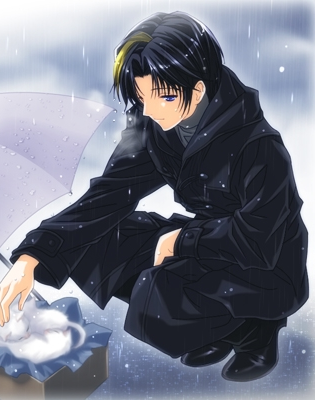 Personality : Valyn tends to keep his mot personal problems and secrets close to his chest keeping his own council and not talking others about such things. He keeps a very small tight nit group of friends, those being the people he would trust with his life and his secrets. With them he is laid back, easy going and full of laughter and joy. With strangers he is polite, kind and very amiable but he stays very reserved never showing his true feelings. When facing women in the ring he remains focused generally never losing his cool though Hentai matches tend to rattle him due  to him not having that many sexual relations. Also getting intimate and close with a woman outside of the ring tends to make him very nervous and also can make him quite embarrassed. The only thing that can truly anger him though is somebody from his past or somebody that tries to use his past against, in which case his rage unstoppable and the lengths he will go through to hurt that person is incalculable.

Past/History:  Valyn was not always "Valyn" his original name was "Leon Karsin" but that man is officially dead and gone is remains buried in a plot in a cemetery some were in California. His life started out normally enough living with his family, growing up going to school, hanging out with friend, focusing on what he would be doing when he grew up. He was seventeen when he left home heading off to college that things started to change for him and were his life went down a completely different path. A couple months after starting college he was approached by a man to see if he was interested in making some extra money on the side and broadening his skill set. At this point the smart thing would of been to say no but he agreed and he joined in to what he would find out to be a mercenary group contracted out for all types of work by all types of governments and wealthy people.

Why he was approached to join was never made clear to him but his natural aptitude at the jobs they did might of been a reason.  His jobs started out as simple as surveillance of a person or as difficult as hacking in to high end bushiness with excellent security. For the first few years he stayed in to the area of his college doing seemingly random jobs that didn't interconnect with each other. After the first few years he left college with his degree quicker then he should of but magically with all the required courses done. At this point his jobs became much more dangerous, going in to different areas of the world and killing guerrillas or assassinating officials.  The jobs always seemed to be random still though he did start noticing a pattern and how everything this group had been doing started to connect together. He didn't really care though as he was enjoying what he was doing way to much and wasn't really considering the consequences of his own actions.

It was his last year at the age of 22 that everything started to tie together and he realized what exactly what was going on. It was to late to pull out so he had to do something completely desperate and something that should of killed him. On what was looking like their last job he sabotaged it ending up with his entire group having to fight their way out while trying to figure out who betrayed them. They figured out it was him and at that point he killed his whole team and ended up faking his own death. The group he worked for not knowing all the details buried all the bodies of his team and asked no questions though they knew that their  plans had been foiled and they were going to have to start all over again. At this point he had developed a whole new name changed his look and became a completely different person.